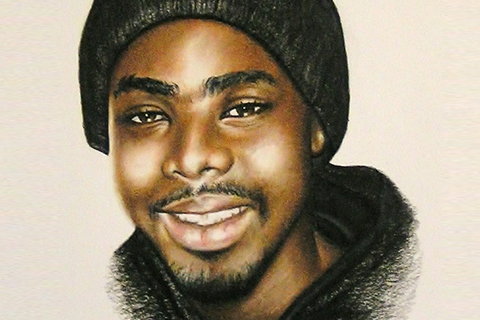 In the early hours of January 1, 2009, Oscar Grant III was murdered by BART police officer Johannes Mehserle, shot in the back as he lay face-down on the Fruitvale BART platform with BART officer Tony Pirone's knee in his shoulder. Mehserle resigned before speaking to police investigators and was charged with murder on January 13, 2009. BART hired outside organizations to conduct investigations of events surrounding the shooting and their police force overall, but in 2009 BART took next to no action to reprimand any of its officers or supervisors for their actions that night nor General Manager Dorothy Dugger for their handling of the situation after the murder (Chief Gee was allowed to retire at the end of the year with full benefits). Marysol Domenici was the first person fired by BART related to the incident; she was let go on March 24, 2010. One month later, on April 22nd, 2020, BART police officer Tony Pirone was fired. Each had been paid over $100,000 by BART since the murder. Mehserle's trial was held in the month of June 2010. On July 8, 2010, Mehserle was convicted of Involuntary Manslaughter, with a gun enhancement, the least of the charges with which the jury could have convicted him. Mehserle was sentenced to two years and was released on June 13, 2011 after having served only eleven months. Marysol Domenici has been rehired by BART. Activists pushed for the U.S. Justice Department to file civil rights charges against Mehserle, Tony Pirone, and other BART officers and supervisors involved in the shooting and ensuing cover-up, but the Justice Department never took any action towards holding BART accountable.

Fred Collins was killed by BART and Oakland police on July 17, 2010, near the Fruitvale station. On July 3, 2011, BART police killed Charles Hill inside of the Civic Center station. BART police officer Joseph Mateu shot Sahleem Tindle three times in the back outside of the West Oakland BART station on January 3, 2018. Activists protested these killings in BART stations and in the board room. The fight for justice for Oscar Grant and other victims of BART police violence continues.

Since early January 2009, thousands of related posts have been published to Indybay — video, audio, photos, and reports such as first hand accounts of protests, court hearings, and more. In order to consolidate the history and developments in the movement for justice for Oscar Grant, this feature was created. It centralizes the multitude of related stories and has its own unique web address: www.indybay.org/oscargrant.

Operation Small Axe trailer
(much more video in features below)


Below are the related Indybay features to date. Numerous posts are included within most features. For the very latest posts, check the Police State and/or Racial Justice pages' newswires.

A Celebration of the Justice for Oscar Grant Protesters
Without Rebellions and Protests, Oscar Grant Would Have Received Little Justice

Labor and BLM Demand: “Drop the Charges Against the Black Friday 14!”
Black Friday 14 Action a Prelude to Huge Rally to Raise Oakland Minimum Wage to $15/Hr

“We Are All Still Oscar Grant!”
Oakland Vigil Marks Five Years of Struggle for Justice for Oscar Grant

Letter to BART Board on Police Mistreatment of Journalists
Society of Professional Journalists Committee Scolds BART for Actions at Sept. 8th Protest

Mehserle Found Guilty of Involuntary Manslaughter
"No Justice, No Peace, Fuck the Police!!!"

April 8-9 West Coast Days of Action Against State Violence
Portland Actions Inspire Call-Out from the Bay to the Sound: No More Police Killings!

Wed Jul 15 2009
Advance the Struggle’s Analysis of the Oakland Rebellions of January
Justice for Oscar Grant: A Lost Opportunity?
[Discussion about the roles played by various groups in the movement for justice.]

Murder Charge Sticks for Johannes Mehserle
Preliminary Hearing Concludes for BART Police Officer in the Murder of Oscar Grant III
[Includes notes from inside the court room all seven hearing days and court transcripts from the final three days.]

No Justice No BART Takes Over BART Board Meeting to Press Demands
NJNB Presses for Public Meetings and Accountability; Separately, Paint Thrown on BART GM