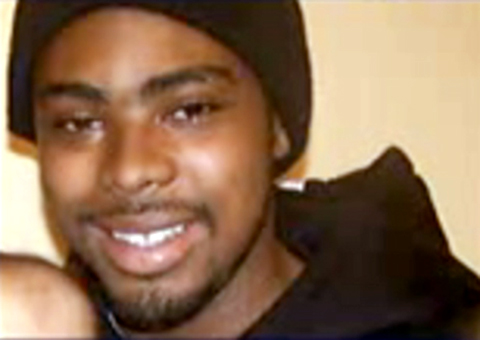 In the early hours of January 1st, BART police shot and killed a 22 year old man, Oscar Grant, on the platform of the Fruitvale BART station in Oakland. Witnesses report that Grant was "lying on his stomach with his hands out in a non-threatening position when he was shot". Police have confirmed Grant was unarmed and have suggested the shooting was an accident. Grant lived in Hayward and leaves behind a 4-year-old daughter.

BART officials have not released the name of the officer who shot Grant. After the shooting, BART police seized several cell phones from people on the platform who said they had used the phones' cameras to record what happened. For the first two days BART officials told the mainstream media that surveillance cameras at the station do not record, but then corrected themselves Friday night saying the cameras did record but didn't show the incident.

On January 7th, a memorial service was held at 11am at Palma Ceia Baptist Church and then a rally to protest the shooting began at 3:00pm at the Fruitvale BART station in Oakland.