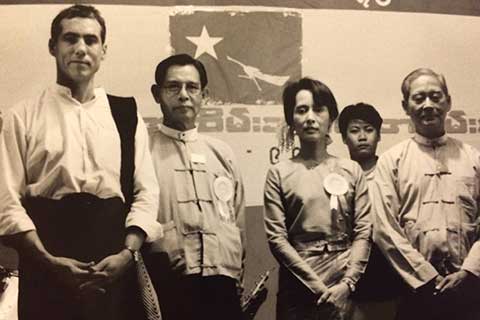 Alan Clements has been on a quest for freedom that’s taken him to Myanmar, Yugoslavia, Australia, Bali, and even to Santa Cruz. He’s been a Buddhist monk, a performer, and an investigative journalist in areas of war and extreme conflict. Clements’ books, stage performances, and World Dharma meditation retreats have always grappled with the challenge of living open-hearted and authentic in a world of suffering and violence. His latest book — Extinction X-Rated — is part autobiography and partly a “dark satire about good and evil.”

California residents have been ordered to "stay at home" to suppress the spread of COVID-19. Stringent mitigation measures mean millions are without an income. Students face the possibility of going hungry. Curbside communities and incarcerated persons are especially at risk for contracting the virus. The stress and isolation of the pandemic take a toll on mental health. Not waiting for government action, people are stepping up with mutual aid efforts to assist those most in need. 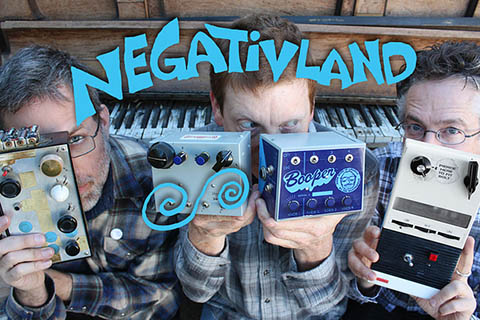 John Malkin speaks with Mark Hosler, founding member of Negativland, the art, music, film, activist, culture jamming collective established in the San Francisco Bay Area in the late 1970's. Mixing original materials and original music with things taken from corporately owned mass culture and the world around them, Negativland surreally re-arrange these found bits and pieces to make them say and suggest things that they never intended to. In 2004 Negativland worked with Creative Commons to write the Creative Commons Sampling License, an alternative to existing copyrights that is now widely used by many artists, writers, musicians, film makers, and websites. 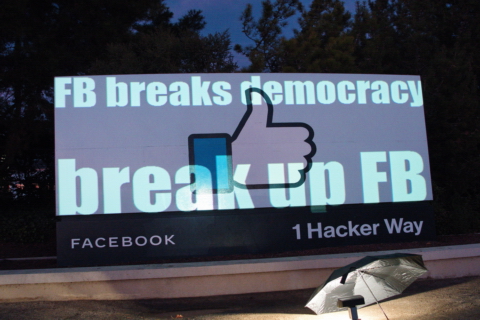 Critics say that Facebook is leading its 2.7 billion users down a dark road into an information environment filled with dishonest propaganda. On January 9, activists demonstrated both outside and on the property of Facebook headquarters in Menlo Park, California. The words "Fake News Real Hate" and other slogans were projected on to Facebook's giant thumbs up "like" sign to call out the platform's political ad policy, which allows for paid advertisers to deceive the public. 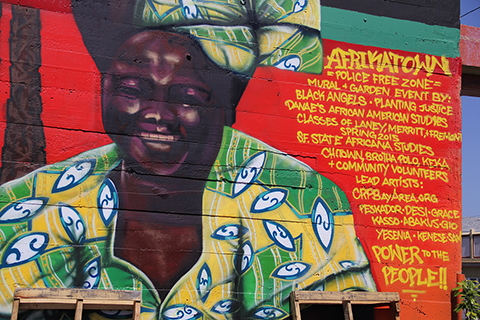 Qilombo members have been locked out of the community center they've maintained for over four years. Landlords attempted to push Qilombo out almost as long as they've been there, with the current corporate landlord refusing to renew their lease since 2016. Qilombo resisted displacement until Alameda County Sheriff's deputies showed up without warning and padlocked the building on January 9. 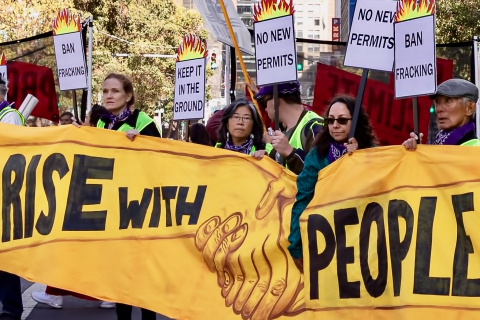 On September 8, more than 30,000 people marched in San Francisco as part of a major international climate mobilization. The “Rise for Climate Jobs, and Justice” march filled the city’s streets just days before the Global Climate Action Summit (GCAS). Protesters took to the streets again on September 13th after the summit had commenced, this time shutting down the intersections and substantially disrupting the entrance into the GCAS venue.

The Common Goodness of People and A Father Escaping... Wed Mar 15th 6:30pm
Support Independent Media
We are 100% volunteer and depend on your participation to sustain our efforts!

The poetization of the world and Behind the Curtain Roland Rottenfusser and Jochen Kirchhof Mon Jun 20th 7:39am