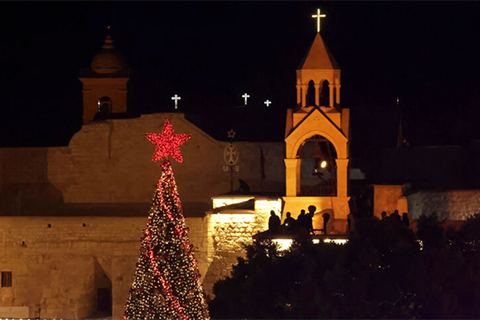 On December 25, Bethlehem commemorates the birth of Jesus Christ. It is a holy time of year for residents and visitors. Many people picture a sleepy, picturesque town surrounded by hills, dotted with sheep, but the reality in the city of Bethlehem is much different. It is a historic and troubled town. Since the municipal Christmas tree was lit on December 3, Israeli forces and settlers have committed a number of human rights abuses in the area. 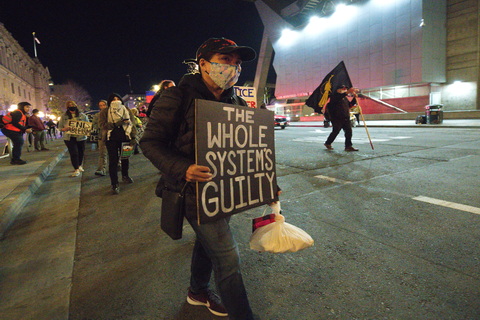 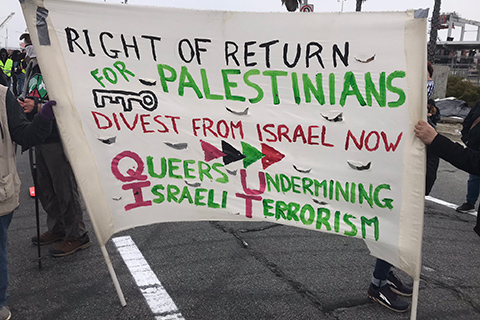 In response to Israel's bombing of Gaza in early May, the Arab Resource & Organizing Center mobilized to prevent the docking of Israeli ships, in solidarity with the Boycott, Divest, and Sanction movement. Action at the Port of Oakland was one of many protests throughout the Bay Area against Israel's recent attacks against Palestinians. When the Israeli container ship Volans attempted to unload in Oakland on June 4, hundreds of protesters picketed until it left the port. 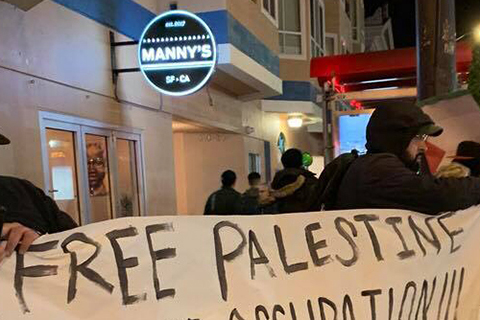 What the Boycott of Manny’s in San Francisco's Mission Is All About
Manny's Boycotted Over Gentrification, Support for Israeli Occupation of Palestine

Margot Goldstein and Rachel Lederman write: Our community institutions should create venues for genuine discussions about how to confront oppression. Manny’s does not accomplish the goal of “civic discourse” on social justice because it contributes to racist gentrification and supports the Israeli occupation of Palestine. The boycott of Manny’s is the community standing up to Yekutiel’s opportunistic attempt to exploit social justice for profit while perpetuating and supporting the destructive politics of gentrification and Zionism. 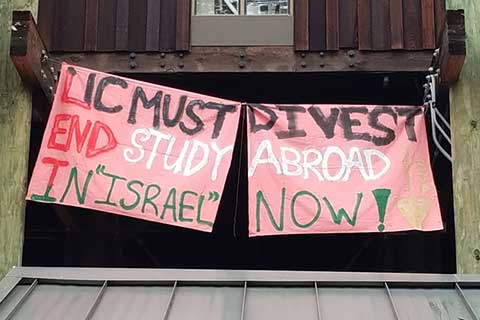 On March 7, a group of people dropped a banner in Quarry Plaza at the University of California, Santa Cruz that read "UC must divest/End Study Abroad in 'Israel' Now." UC Santa Cruz Students for Justice in Palestine writes: We have grave concerns that the UC's study abroad programs in Israel are opposed to the values of academic freedom and are complicit in the oppression of Palestinians. Israeli study abroad programs have a demonstrated track record of being racist against non-white students. 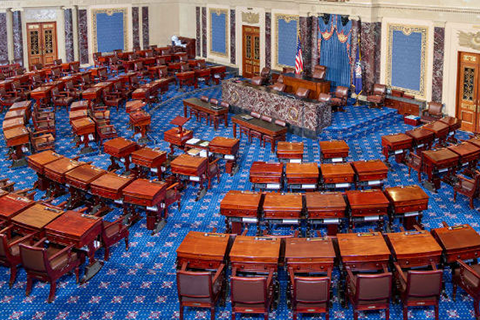 The lower house of the Irish parliament passed a bill preventing the importation or sale of goods from Israeli settlements on January 24. The law would "make it an offence for a person to import or sell goods or services originating in an occupied territory or to extract resources from an occupied territory in certain circumstances." Conversely, the U.S. Senate passed a bill on February 5 which included the "Combating BDS Act of 2019" that would allow state and local governments to sanction those who support the Boycott, Divest and Sanctions movement.

Free virtual screening of the documentary film "On the... Sat Jan 28th 9am
Support Independent Media
We are 100% volunteer and depend on your participation to sustain our efforts!

Free virtual screening of the documentary film "The Sons of Eilaboun" Angela Thu Jan 12th 7:51am

As usual, defense bill gives millions of dollars to Israel, but no one tells Americans Alison Weir Sun Dec 25th 11:40am

Unite and Fight for our Rights, Lives, and Planet Leon Kunstenaar Sat Dec 10th 10:19am

Free virtual screening of the film "The Tower" Angela Fri Dec 9th 10:23am

Free virtual screening of the documentary film "In the Pocket of Oslo" Angela Fri Dec 2nd 10:38am