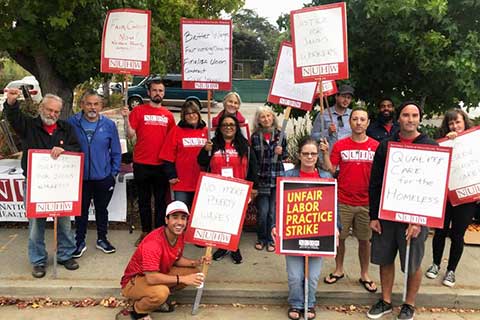 National Union of Healthcare Workers (NUHW) members at Janus of Santa Cruz held their first-ever strike on September 26, after management imposed a first contract that did not remedy poverty wages that have forced many workers to find new jobs. In the nearly two years since Janus workers joined NUHW, more than 60 percent of them have left for other jobs. With its workforce in constant flux, state records show that Janus is serving fewer clients and forcing more of them to wait for services that were once immediately accessible, worsening Santa Cruz’s addiction crisis. 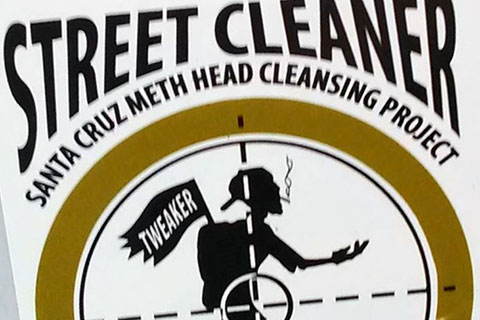 A sticker carrying imagery encouraging violence against houseless people and drug addicted people was recently found on a crosswalk button in downtown Santa Cruz. The sticker reads "Street Cleaner: Santa Cruz Meth Head Cleansing Project – Santa Cruz" and is marked with the hashtag #131stickers. It depicts a silhouette of a skinny person wearing a backpack, with a cigarette in their mouth, an open hand stretched out, and a “Tweaker” flag hanging out of the backpack. Laid over the image of this person are the crosshairs of a telescopic rifle sight. 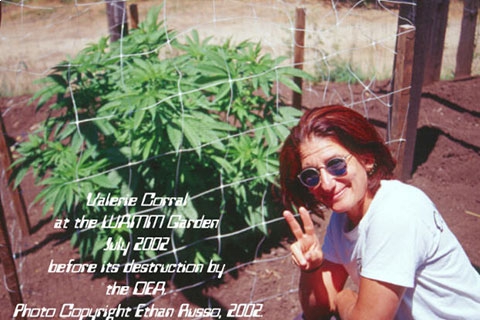 "I Don't Work With Pot, I Work With People"
Valerie Corral of Wo/Men’s Alliance for Medical Marijuana Speaks on Industry Today

Valerie Corral and her former husband founded Wo/Men’s Alliance for Medical Marijuana (WAMM) in Santa Cruz, the nation’s oldest continuously operating medical cannabis collective that provides free cannabis for 30 percent of its members. She also helped write and pass Proposition 215, California’s revolutionary medical marijuana law. She has helped build the medical industry and seen it change into what it is today. Now, another twenty years later, the financial climate around cannabis in the United States has changed into a million dollar industry, but Valerie still isn't interested in making money from cannabis.

Calls to boycott Altai Brands began after a disturbing photo was circulated on social media showing a nearly nude woman laying on a table covered in slices of salami and other meats. The event, hosted by Altai Brands, was a private after-party on November 17 for the fifth annual Marijuana Business Conference and Expo which took place from November 15-18 in Las Vegas. Aliza Sherman writes, "Altai Brands apparently went culturally tone deaf when they covered a woman in deli meats and served her up on the appetizer table. Comments ranged from shock to outrage in social media with calls to boycott the male-led company."
Read More

Long National Nightmare of the 2016 Election Is Almost Over
On the Ballot: President, Congress, 17 State Propositions, Local Measures & Officeholders

UPDATE: ...And a new four-year nightmare is about to begin. Donald Trump will be the next President of the United States. For coverage of the first anti-Trump protests across Northern California, see We've Got a Bigger Problem Now.

Considering the campaign for president currently lasts nearly two years, made worse by the two major political parties selecting nominees with the highest unfavorable ratings ever for presidential candidates, most of the country is ready for the election to be over already. While Indybay has not received reports on everything and everyone up for a vote in every Northern California district on Tuesday, November 8, those who've chosen to publish their reports and recommendations have covered a variety of the issues at stake. See what they have to say. 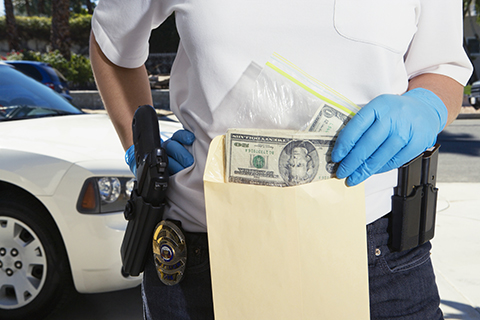 Police Asset Seizure to Require Convictions in Most Cases
Historic California Law to Rein in Asset Forfeiture Abuse, Paving Way for Other States

While previous attempts to reign in police seizures have failed in the California legislature, state lawmakers approved Senate Bill 443 in August with bipartisan support. On September 29, the bill limiting civil asset forfeiture abuse in California was signed into law, marking a victory for the larger asset forfeiture reform movement underway throughout the country. The new law goes into effect January 1, 2017, requiring a conviction in most cases before state and local law enforcement agencies may permanently keep people’s property.
Read More

International Overdose Awareness Day 2022 Wed Aug 31st 4:30pm
Support Independent Media
We are 100% volunteer and depend on your participation to sustain our efforts!

I Grew Up in the Opiate Overdose Capital of America anonymous Fri Apr 26th 4:13pm

Rehabilitation for Prisoners Only Leticia Martinez Mon May 2nd 5:57pm

How to Save a Couple of Lives in Spite of Gov't Lou Stevens & Jim Faldworth Sun May 30th 5:17pm