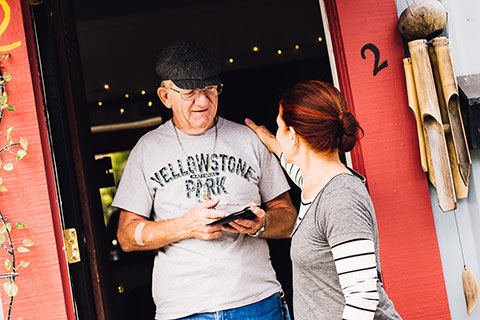 "I Don't Work With Pot, I Work With People"
Valerie Corral of Wo/Men’s Alliance for Medical Marijuana Speaks on Industry Today

Valerie Corral and her former husband founded Wo/Men’s Alliance for Medical Marijuana (WAMM) in Santa Cruz, the nation’s oldest continuously operating medical cannabis collective that provides free cannabis for 30 percent of its members. She also helped write and pass Proposition 215, California’s revolutionary medical marijuana law. She has helped build the medical industry and seen it change into what it is today.

Now, twenty years later, the financial climate around cannabis in the United States has changed into a million dollar industry, but Valerie still isn't interested in making money from cannabis. 'I am of the belief that we are party to a seriously flawed economy,’ says Valerie. ‘An economy that was built upon the backs of sick and dying people has been propelled into a market that serves profit. It's creating a sense of poverty about the plant, marginalizing access to patients who can't afford it because it's too expensive.'