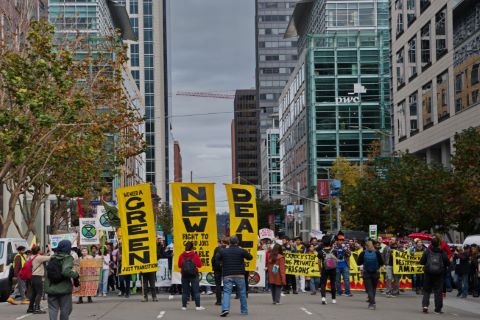 Organizers of the Climate Strike wrote: The September 20th Climate Strike was the largest day of action for climate justice ever. On December 6th, as world leaders gather at the UN’s annual climate conference, young people across America will join a national #ClimateStrike to take the momentum from September to our elected officials’ doorsteps.

In September, many politicians shared nice words of encouragement. But, we didn’t walk out of school and work to earn their praise. We joined the #ClimateStrike because our lives depend on elected leaders treating this crisis like the emergency it is. On December 6th, we’ll show up at the offices of our political leaders and ask them, are you ready to stand with our generation and fight for a Green New Deal?