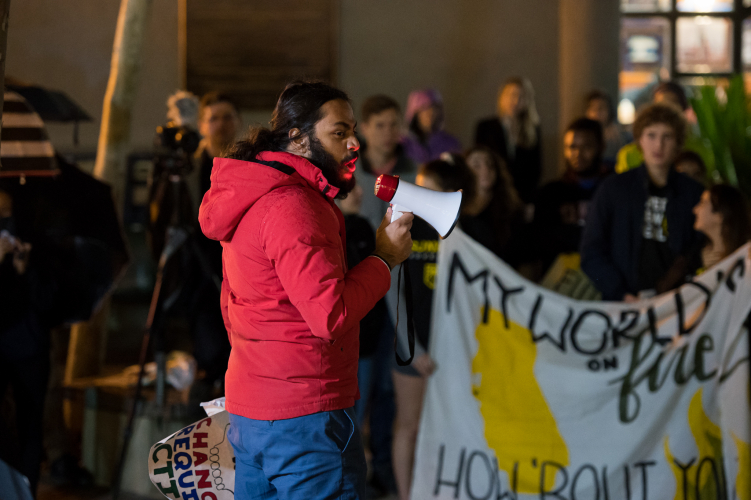 House Speaker Nancy Pelosi has sought to assure nations at the U.N. conference in Madrid that the U.S. would join its efforts to fight climate change despite President Donald Trump's move to pull the U.S. out the Paris agreement.

The talks have unfolded against a backdrop of rising public concern about climate change and a surge in protests, led by young people, calling on governments to step up action to rein in global warming and protect their citizens from its impacts. In Palo Alto, California, student leader Kyle Matthys, a senior at Gunn High School, said, "I’m striking because I want to show that just because someone is young doesn’t mean they can’t influence and change the world around them." Kyle and other young climate activist leaders were joined by protesters of all ages on Friday evening, in what at first was a light drizzle of rain.

The Raging Grannies led chanting and a singalong ahead of the march through downtown Palo Alto. By the time marchers made their way through the streets and back to downtown Lytton Plaza, where the event had begun, rain looked light it might drown out the protesters. Speakers were not phased by inclement weather, however, and the action continued with speeches urging haste. "Act like your house is on fire!" said one sign..."Because it is!" 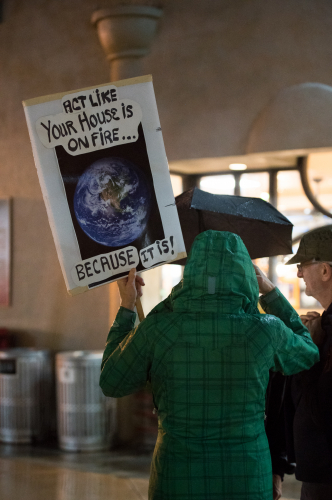 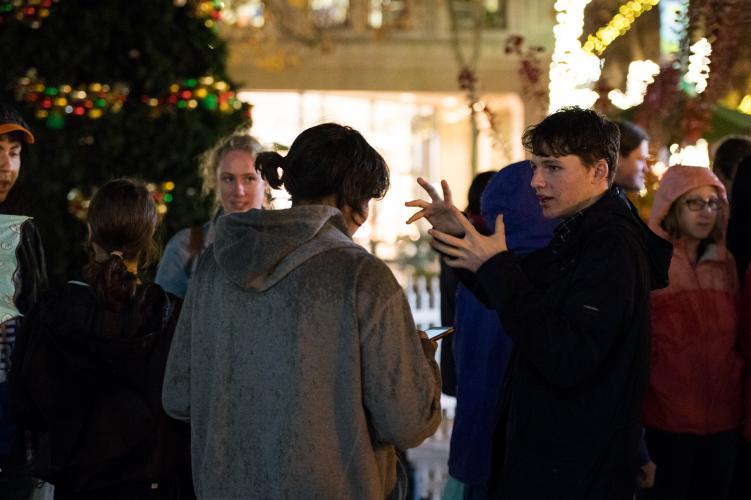 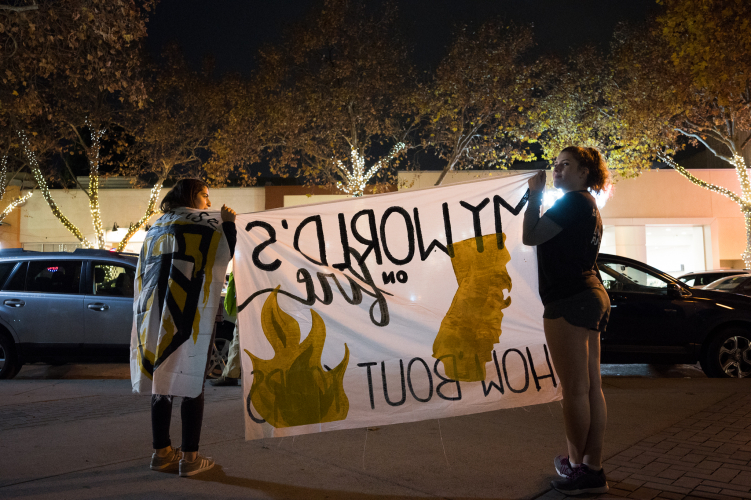 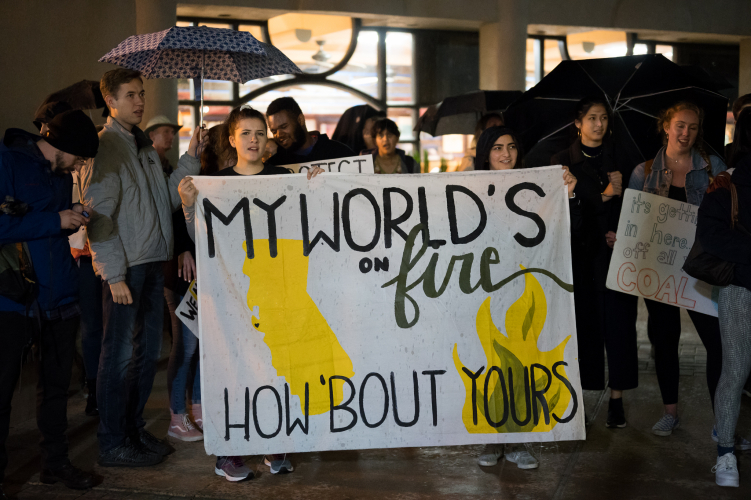 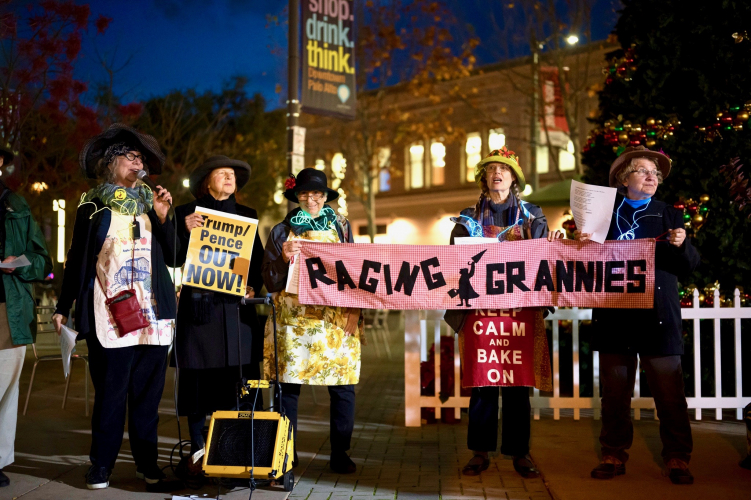 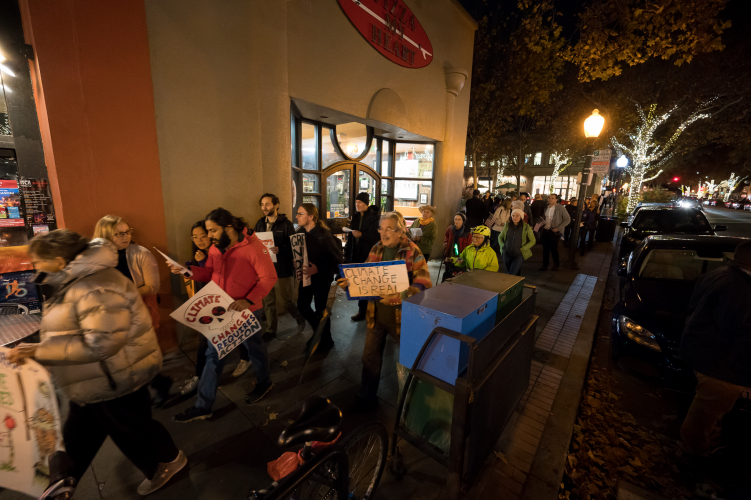 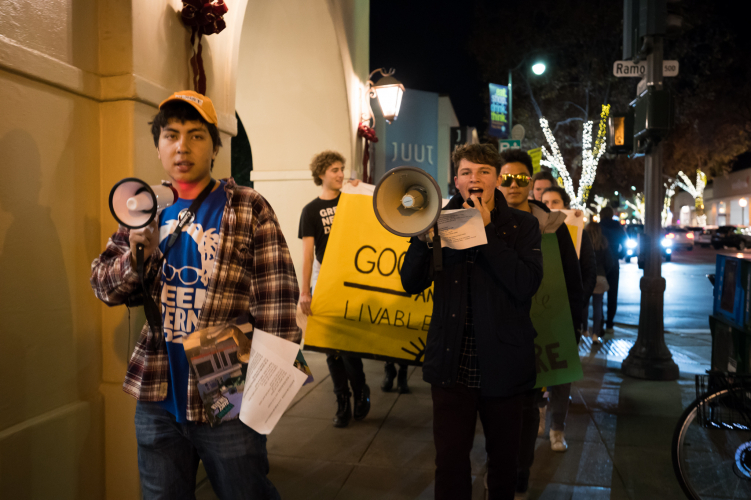 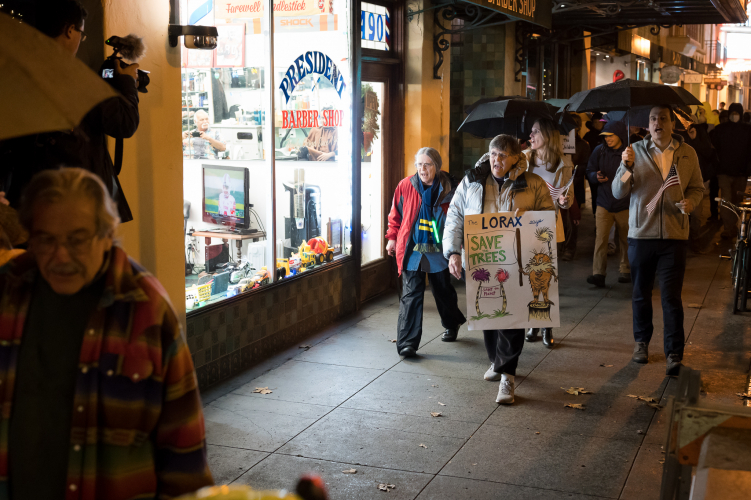 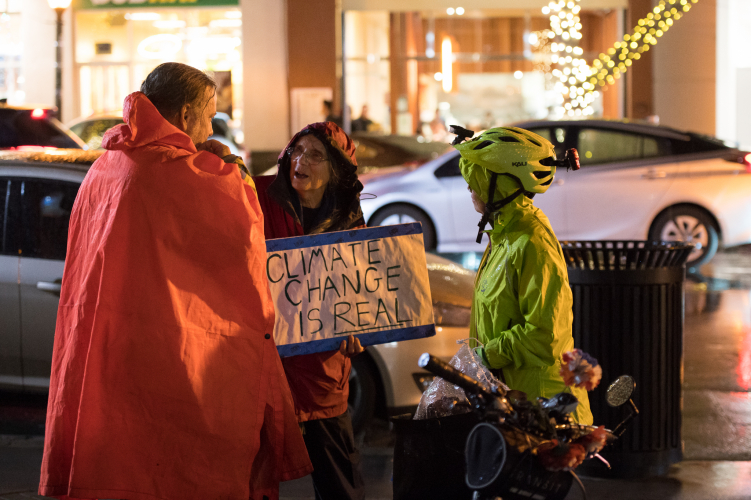 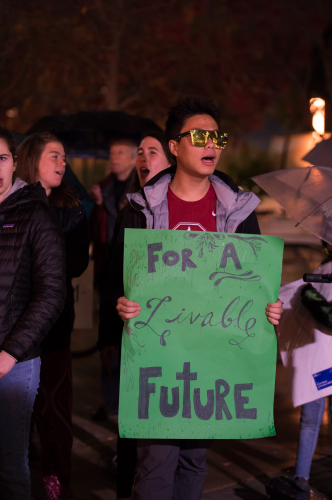 original image (2048x1363)
Add Your Comments
Support Independent Media
We are 100% volunteer and depend on your participation to sustain our efforts!