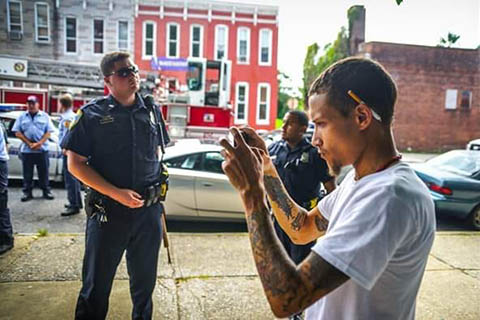 WeCopwatch writes: Our lives changed on July 17, 2014 as images were broadcast across the globe of Staten Island plain clothes officers choking Eric Garner to death. For Ramsey Orta, the young man who filmed the killing, it would start a cycle of state sponsored repression that continues to this very day. The barbaric measures against Orta have gone on for years, but now with the onset of Covid-19 at his facility, the targeted abuse has intensified. The Corrections Officers at Midstate Correctional Facility have threatened to infect him with the deadly virus and said he will be lucky to get out of Midstate alive. Since these threats, Orta has been placed in the infirmary, and is unwell, it is unclear yet whether he has contracted the virus and these threats against him have been realized.

In prior weeks, Orta was denied basic essentials such as cleaning supplies for his cell and soap. His family, friends and supporters are terrified. “Ramsey risked everything when he filmed the death of his friend Eric Garner at the hands of the NYPD and now six years later, his own life is at risk,” says Deja Richardson, his fiancé. “We just want him home.”