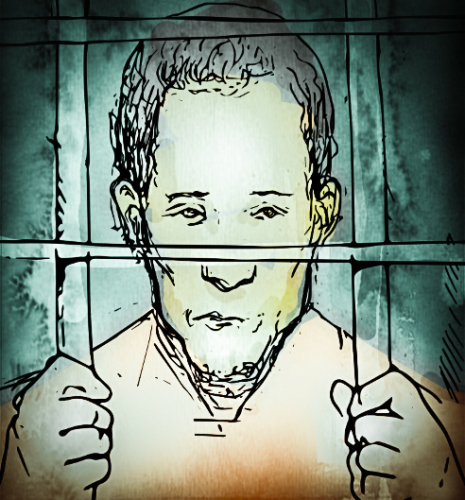 original image (492x529)
My name is Jacob Crawford. I am the founder of WeCopwatch which is a national Copwatch group dedicated to educating the public about their rights when stopped by law enforcement and how to safely and effectively document the police when they stop members of our community.

Today I am speaking on behalf of one of our members, Ramsey Orta who is currently in Midstate Correctional Facility sitting in solitary confinement being deprived of his basic sanitation needs.

For those who don’t know, Ramsey filmed the 2014 NYPD choke death of Eric Garner. He was subsequently set up on a gun charge and a few months later indicted and various petty drug charges.

In 2016, Ramsey pled out to a non-violent felony D gun charge, and a simple drug charge and has since been incarcerated in New York State prison.

Ramsey has since been systematically abused and tortured by guards and has been moved to 10 different facilities, and placed in solitary confinement 7 times adding up to well over a year in isolation.

Since the corona virus outbreak, Ramsey has been denied basic necessities to keep himself clean and safe from the virus and we know this goes well beyond negligence. This pattern of targeted abuse is compounded with the very real fact that just a few years ago, there was an attempt to kill Ramsey and other inmates in Riker Island.

In 2014 while sitting in Rikers Island, Ramsey along with other inmates discovered rat poison in their food so we know that anything Ramsey is going through is not isolated, but rather systematic, and very intentional.

I personally believe that they are trying to kill Ramsey Orta before his July release date. We have called for call floods to Governor Cuomo and other various elements within the New York State Prison system demanding that Ramsey and other non-violent offenders are freed, but this has fallen on deaf ears.

Still, we cannot stop trying to get this predatorial system to self-correct.

We want to thank all of you who have supported Ramsey throughout his incarceration. Ramsey would have never made it this far without your support. But today we are calling on the few of you that are actually in the position to help.

We need a high powered lawyer to help us get Ramsey home now. He is eligible for early release. He pled out to non-violent offenses. The conditions in Midstate are horrendous, and the abuse Ramsey has been enduring is ongoing, and commands that he is freed now so he can return home to be with his fiancé.

If you have political power, influence, or you have access to the type of lawyer that can assist us with an early release, we need you contact us now.

At this point we don’t need suggestions or ideas, we need an actual Lawyer willing to help make Ramsey’s release happen now.

If you are that person, or can connect that person to us, please do. We are running out of options. You can hit the Facebook.com/SupportRamseyOrta page or email officialramseyorta [at] gmail.com.

To the rest of you struggling and losing loved ones out there, this call out doesn’t apply to you. We’re with you 100 percent. When the dust settles we are going to come together and hold these people accountable for letting this happen.

Thank you for your time. Jacob Crawford / WeCopwatch

Mailing Address: Don't count on him getting his mail right now due to the virus. 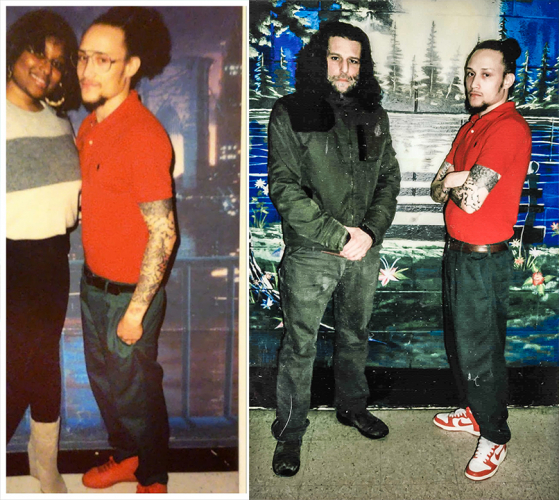 original image (806x720)
http://ramseyorta.org
§Update on Ramsey Orta
by via WeCopwatch
Tuesday Apr 14th, 2020 4:45 PM
Update: We made call, and you answered! Midstate has heard our immediate demands and has given Ramsey what he needs to be safe.

We are asking people to halt on call floods to Midstate and Office of Special Investigations regarding Ramsey and conditions for the moment while the prison honors these agreements and works to create a safer environment for inmates.

We are now transitioning back to our work to get Ramsey and others home and safe with their loved ones.

We created a set of demands to Free Ramsey Orta as he is eligible for release. In the demands are some suggestions on how to help support this effort. We thank you all for taking the time to advocate for Ramsey. Let’s now work on the notion of Freedom.

Thanks, Jacob and Deja.
https://wecopwatch.org/
Add Your Comments
Support Independent Media
We are 100% volunteer and depend on your participation to sustain our efforts!