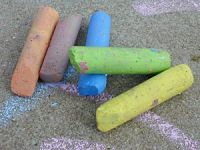 Since the passage of the Animal Enterprise Terrorism Act (AETA), a sweeping new law labeling animal rights activists as “terrorists,” corporations and industry groups have been pushing the federal government to use their new powers. On February 19th and 20th, the Joint Terrorism Task Force of the FBI arrested four animal rights activists as “terrorists” in the most sweeping expansion of the War on Terrorism and the “Green Scare” to date.

As background, a campaign is being waged across California against animal research at the University of California system. There has been a wide range of both legal and illegal tactics. Illegal tactics have included the destruction of UC vans. In August, an incendiary device was left at the home of a UC researcher; no animal rights group has claimed responsibility for this crime, but the university, the FBI and others have recklessly attributed it to activists.

These “terrorism” arrests are not related to that bombing, though. And they’re also not related to the destruction of property. These activists–Nathan Pope, Adriana Stumpo, Joseph Buddenberg, and Maryam Khajavi– were arrested for First Amendment activity. According to the FBI’s press release, the activists are facing charges for incidents which include: Protesting outside the home of a UC professor, chalking defamatory comments on public sidewalks, wearing bandanas to hide their faces, and distributing leaflets with contact information for several researchers.

Will Potter, a freelance reporter who focuses on how the War on Terrorism affects civil liberties, states, "At issue here is not the validity or morality of animal research, nor is it the efficacy of controversial tactics. Differences of opinion on those issues no longer matter. What’s at issue is whether the War on Terrorism should be used to target protesters as terrorists."