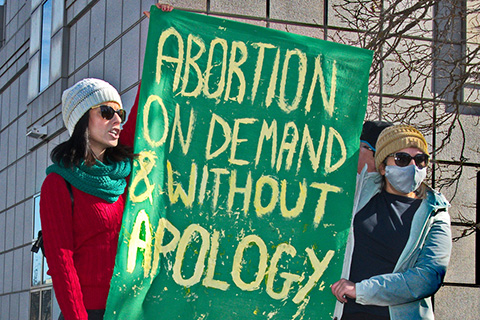 Even in the age of Roe, the right to abortion was becoming increasingly restricted, with a dwindling number of service providers in a growing number of states. After the US Supreme Court overturned Roe v Wade on June 24, 2022, access to reproductive care quickly became illegal in most, if not all, cases for millions of women. Tragic reports have become commonplace of 10-year-old rape victims forced to travel to free states to receive abortion care and adult women forced to risk their lives by unnecessarily carrying non-viable fetuses for weeks due to newly passed anti-abortion legislation.

The year 2023 would have been the 50th anniversary of the baseline protections afforded by the Roe v Wade decision, a moment to celebrate a half century of reproductive choice. Instead, women and their allies across the country are pushing back against existing laws and resisting further attacks. On January 21, San Francisco once again turned out to counter-protest the annual so-called "Walk for Life," when thousands of anti-choice activists are bussed in to demand a total end to reproductive freedom. On January 22, dozens of Women's Marches were held in cities throughout the country.

Get Out, Get Out Now, San Francisco is a Pro Choice Town!