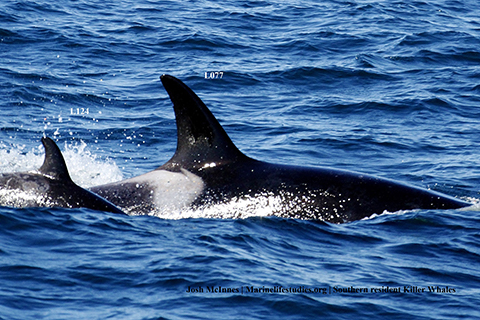 The Center for Biological Diversity and Wild Fish Conservancy sued the Trump administration in April for mismanaging West Coast salmon fisheries and harming critically endangered Southern Resident killer whales, a violation of the Endangered Species Act. That orca population has dropped to just 75 individuals, mostly because declining salmon runs have left them without enough to eat.

Within weeks, a victory was won. The National Marine Fisheries Service committed to proposing a rule acting on the Center’s 2014 petition for orca habitat protection off Washington, Oregon and California. An expanded designation of critical habitat has to be proposed by early October to help the critically endangered orcas, which are starving for lack of salmon and being hurt by boat traffic and water pollution.

In January 2019 scientists confirmed the birth of a baby orca named Lucky after it was spotted with its pod in Monterey Bay. The first calf to survive past birth since 2015, Lucky underscores the urgent need to improve feeding opportunities for Southern Resident killer whales along their whole West Coast habitat. Currently, only their summer feeding grounds in Washington’s Puget Sound are designated as critical habitat.