“Unless the Board is ordered to comply with the law and these flows are restored at the scientifically recommended levels, California’s salmon will never recover and the fishing families that bring the ocean’s bounty to the public will continue to suffer unjustly,” said Oppenheim. 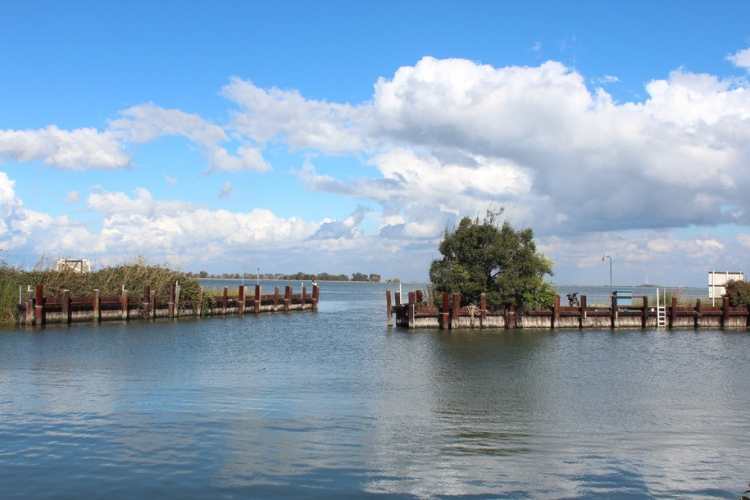 original image (915x610)
San Francisco —  Less than two weeks after they filed a lawsuit against the California Department of Water Resources over its Delta Tunnels proposal, a coalition of fishing, Native American and environmental groups led by the Pacific Coast Federation of Fishermen’s Associations (PCFFA) filed suit in Sacramento Superior Court against the State Water Resources Control Board in an effort to protect imperiled runs of San Joaquin River salmon.

The plaintiffs, represented by the Law Offices of Stephen P. Volker, demand that the State Water Board “use its own recommendations based on science and environmental law to enact a Water Quality Control Plan protects fish in the Stanislaus, Tuolumne, and Merced rivers and in the main stem San Joaquin River below their confluence,” according to a PCFFA press release.

The North Coast Rivers Alliance and the Winnemem Wintu Tribe joined the PCFFA and Institute for Fisheries Resources in the lawsuit filed on Friday, January 25. The groups and Tribe argue that unless historic flows are restored immediately after decades of water diversions, the survival of the Delta’s salmon fishery is in jeopardy.

The litigation alleges that the State Water Board’s failure to restore adequate flows in these rivers violates the federal Clean Water Act and California’s Porter Cologne Water Quality Act that require protection of historic fish runs, along with the Public Trust Doctrine that forbids the Board from allowing excessive diversions of water needed for the survival of the Delta’s salmon.

“The Clean Water Act, Porter-Cologne Act, and Public Trust Doctrine require the Board to  identify beneficial uses of navigable waters, including those dependent on public trust resources, and to establish and achieve the water quality standards necessary to protect them,” the lawsuit states. “The Board improperly approved the Project without adequately examining the environmental impacts of doing so, without studying a reasonable range of alternatives, without adequately protecting public trust resources and uses, and without compliance with state and federal laws protecting the San Joaquin River, the South Delta, and their tributaries, including their public trus resources and uses.”

The Stanislaus, Tuolumne and Merced rivers historically supported robust runs of tens of thousands of Chinook salmon annually, but the runs have declined dramatically in recent years, due to diversions of water by agribusiness and the City of San Francisco and massive water exports from the Sacramento-San Joaquin River Delta.

“Diversions of their waters by municipal water agencies, including San Francisco, and local irrigation districts over the past five decades have severely impacted those salmon runs, pushing them to the brink of extinction. The Water Quality Control Plan approved last month codifies what has heretofore only been a tacit approval of such diversions by the State Water Board,” said Noah Oppenheim, PCFFA Executive Director.

In 2009, the State Legislature adopted the Delta Reform Act as part of the water policy/water bond package to compel the State Water Board to take prompt action to save historic salmon runs.

In 2010, the Board adopted the recommendations of a staff report that determined that, to save this public trust fishery, the San Joaquin River’s flows should be increased to a minimum of 60% of their historic (“unimpaired”) flows during the critical migration period of February through June, according to PCFFA.

“On Dec. 12, 2018, the Board adopted minimum flow standards of just 40% of unimpaired levels on average, rather than the 60% average that its scientists showed was required to restore salmon runs,” Oppenheim said.

Oppenheim called Friday’s lawsuit, “a long overdue wake-up call that the State Water Board must now do its job to prevent the imminent extinction of this irreplaceable fishery. For decades this regulatory process has been captured by water agencies with no compunctions about hastening the end of salmon fisheries. Today salmon fishermen and fishing communities are raising their voice.”

“Unless the Board is ordered to comply with the law and these flows are restored at the scientifically recommended levels, California’s salmon will never recover and the fishing families that bring the ocean’s bounty to the public will continue to suffer unjustly,” said Oppenheim.

A copy of the verified petition and complaint is here.

The suit, also filed in Sacramento Superior Court by the Law Offices of Stephan C. Volker, challenges DWR’s attempt to revamp its 30-year-old Coordinated Operations Agreement (COA) with the federal Bureau of Reclamation to export more water from the Delta through the Twin Tunnels while evading scrutiny under California’s environmental laws, including the California Environmental Quality Act (CEQA), the Delta Reform Act and the Public Trust Doctrine.

The Winnemem are currently waging a campaign to bring the original winter run of Chinook salmon, now thriving on the Rakaira River in New Zealand after eggs were shipped there over a hundred years ago, back to the McCloud River above Shasta Dam. The Tribe is also fighting a plan by the Bureau of Reclamation and the Wetlands Water District to raise Shasta Dam, a proposal that will destroy salmon runs and inundate many of the Tribe’s sacred sites not inundated by the dam.

For more information about the Winnemem’s fight to bring the winter-run Chinook salmon back to the McCloud, go to: http://www.dailykos.com/...
Add Your Comments
LATEST COMMENTS ABOUT THIS ARTICLE
Listed below are the latest comments about this post.
These comments are submitted anonymously by website visitors.