Add an Event
Newswire
Calendar
Features
Home
Donate
From the Open-Publishing Calendar
From the Open-Publishing Newswire
Indybay Feature
Publish to Newswire
Add an Event
Related Categories: California | Central Valley | North Bay / Marin | Environment & Forest Defense | Government & Elections
Salmon fishermen urge Newsom to say NO to Trump administration water grab
by Dan Bacher
Thursday Feb 7th, 2019 2:46 PM
“The Trump administration won’t be able to get away with killing off our salmon runs if the state refuses to cooperate,” said GGSA director Noah Oppenheim, who is also executive director of the Pacific Coast Federation of Fishermen’s Associations (GGSA), a group representing commercial fishermen on the West Coast. “We call on the Newsom administration to just say no to this attack on California’s salmon fishing families.” 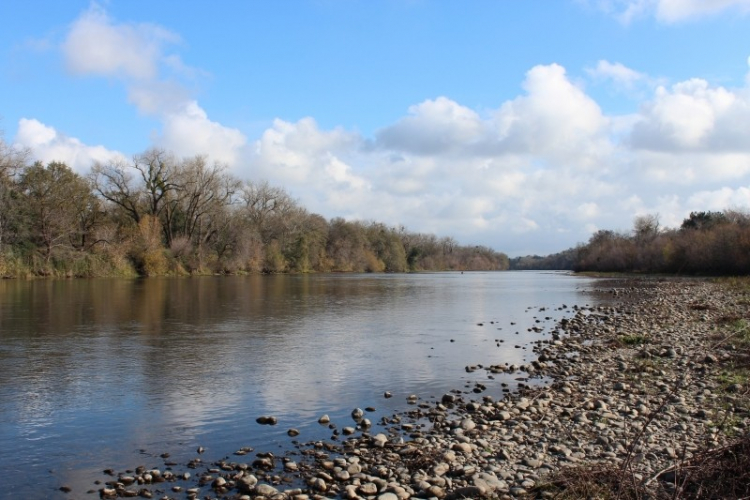 original image (800x533)
Late on Monday, the Trump administration released a controversial new federal rules proposal that fishing and conservation groups say would increase water diversions from the San Francisco Bay-Delta ecosystem at the expense of salmon and the tens of thousands of fishing industry jobs that depend on them.

Called the “Biological Assessment for the re-initiation of consultation on the coordinated long-term operation of the Central Valley Project and State Water Project,” the Bureau of Reclamation claims that the proposal is the result of an “improved understanding” of the Central Valley and Sacramento-San Joaquin River Delta.

“It has been 10 years since the biological opinions on the coordinated long-term operation of the CVP and SWP were issued,” said Reclamation’s Mid-Pacific Regional Director Ernest Conant. “Since then, we’ve experienced extreme drought and invested significant resources to advance the science of the Central Valley and the Delta in coordination with our state and federal partner agencies and stakeholders. The result of our investments is an improved understanding of the system.”

“By expanding our toolkit with the best science and using what we know today, new biological opinions will allow us to maximize water and power benefits while supporting endangered fish populations,” Conant concluded.

Conant said the Biological Assessment supports Reclamation’s consultation pursuant to Section 7 of the Endangered Species Act of 1973 — and was prepared in accordance with the timeline outlined in a Presidential Memorandum issued by Donald Trump in October 2018.

The PresidentialMemorandum on Promoting the Reliable Supply and Delivery of Water in the West cited the "diminished...ability" of America's infrastructure "to deliver water and power in an efficient, cost‑effective way."

The U.S. Fish and Wildlife Service and National Marine Fisheries Service, the agencies responsible for managing the nation’s fish and wildlife populations, are expected to issue their final biological opinions within 135 days.

The Bureau claimed that the proposed action “incorporates the best available science into the operation of the CVP and SWP.”

Proposed actions outlined in the document include:

• fall habitat and salinity measures in the Delta, and

However, fishing and conservation groups called the assessment a “water grab” and said the proposal is a step towards abandoning federal rules adopted in 2008 and 2009 that govern the impacts of the massive state and federal water pumping facilities in the South Delta. They contested Reclamation’s claim that the assessment incorporates the “best available science” — and urged Governor Gavin Newsom to take action to stop the weakening of regulations protecting salmon and other fish species.

“This is a blatant water grab that threatens thousands of fishing jobs and families in California,” said Golden Gate Salmon Association Secretary Dick Pool, who also owns Pro Troll tackle company. “For the administration to claim that the giant federal water project, which includes the massive diversion pumps in the Delta, can run at full bore and not harm salmon runs is simply not credible.”

“We’ve seen what happens when water users are given free rein to divert Bay-Delta water. It was the norm prior to 2008 and it killed so many baby salmon attempting to get to the ocean that all ocean salmon fishing had to be shut for the first time in history in 2008 and 2009,” said GGSA director Mike Aughney.

“The Trump administration won’t be able to get away with killing off our salmon runs if the state refuses to cooperate,” said GGSA director Noah Oppenheim, who is also executive director of the Pacific Coast Federation of Fishermen’s Associations (GGSA), a group representing commercial fishermen on the West Coast. “We call on the Newsom administration to just say no to this attack on California’s salmon fishing families.”

Not surprisingly, the Coalition for a Sustainable Delta, an Astroturf group funded by Stewart and Lynda Resnick, the owners of The Wonderful Company, praised Reclamation’s proposal.

“We are encouraged by the effort to implement an improved regulatory regime. Regulations governing project operations over the last ten years have failed fish, families, and farms across California,” said Jason Peltier, Executive Director of the group. “A change must be made to improve endangered native populations and ensure continued water reliability for millions of Californians.”

“The Coalition appreciates the years of work that has gone into this re-consultation process, with more to come over the next few months. The Coalition is encouraged that Reclamation is prioritizing increased operational flexibility while improving native endangered species through habitat restoration, improved monitoring, and a more strategic distribution of flows in the Delta. It is critical that the result of this re-consultation process recognizes and addresses the many stressors in the Delta and takes a holistic approach to improving native populations,” he added.

The Biological Assessment is available here.
Add Your Comments
LATEST COMMENTS ABOUT THIS ARTICLE
Listed below are the latest comments about this post.
These comments are submitted anonymously by website visitors.