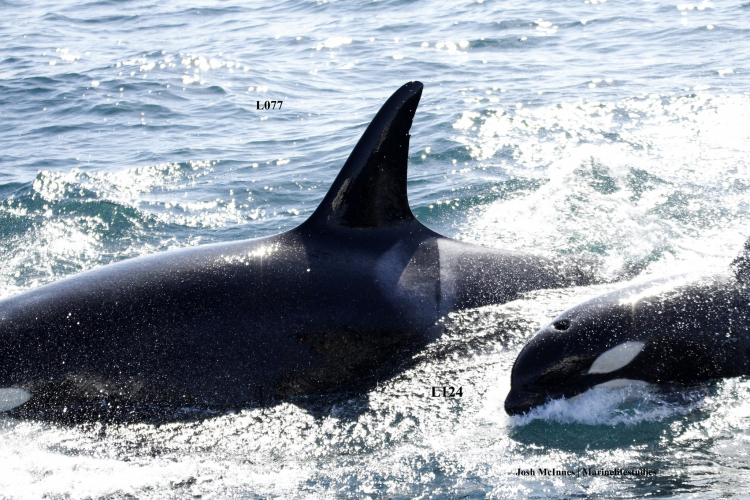 Today’s lawsuit was filed in federal court in the Western District of Washington. It seeks to compel the National Marine Fisheries Service to assess and reduce the threat to the endangered orcas from salmon fishing off Washington, Oregon and California. Southern Residents are also threatened by pollution and disturbance from vessel traffic.

“While orcas starve to death, the Trump administration is refusing to protect salmon populations crucial to their survival,” said Julie Teel Simmonds, a Center attorney. “Salmon and the killer whales that rely on them are both in trouble, and this fishery must be better managed to promote their recovery. If federal officials don’t act now, we’ll lose our chance to pull these beloved animals back from the edge of extinction.”

The Southern Resident population reached a 34-year low in 2018 after the loss of a newborn calf and a young female. Researchers have been closely watching two other ailing orcas that appear to be malnourished. Starving orcas show signs of “peanut head” — a condition in which an individual has lost so much body fat that a depression appears behind its blowhole.

In January 2019 scientists confirmed the birth of a baby orca named Lucky. The first calf to survive past birth since 2015, Lucky underscores the urgent need to improve feeding opportunities for Southern Resident killer whales.

The young orca and its pod were sighted this week in California’s Monterey Bay, highlighting the expansive range of the Southern Resident killer whales (which feed in the summer in Washington’s Puget Sound) and the importance of protecting the salmon they eat throughout their range.

“The Trump administration can no longer ignore the scientific evidence that clearly demonstrates the link between reduced size and abundance of Chinook and the reduced reproductive success of Southern Resident killer whales,” said Kurt Beardslee, executive director of the Wild Fish Conservancy. “It’s time for federal fishery managers to acknowledge that starving killer whales and smaller and less abundant Chinook are merely symptoms of the problems created by harvest management that is fundamentally broken."

In August 2018 the Center sued the Trump administration for failing to protect the Southern Residents’ full West Coast habitat. The Center launched another lawsuit in August 2018 to establish a “whale protection zone” to shield orcas from boat noise and disturbance in the heart of their Puget Sound habitat.

Today’s suit focuses on the administration’s obligation under the Endangered Species Act to ensure that the Pacific Coast salmon fisheries do not jeopardize the Southern Resident killer whales. That includes a requirement to use the best available science on orcas to manage the salmon fishery.

“Trump officials relied on decade-old science to maintain the status quo in the Pacific salmon fisheries while these orcas are starving. It’s not right, and it’s not what the Endangered Species Act calls for,” Simmonds said. “West Coast orcas can’t afford another year without bold federal action based on sound science to reverse their decline.”

The Wild Fish Conservancy (WFC) is a nonprofit conservation ecology organization headquartered in Washington State and dedicated to preserving, protecting and restoring the Northwest’s wild fish and the ecosystems they depend on, through science, education and advocacy. 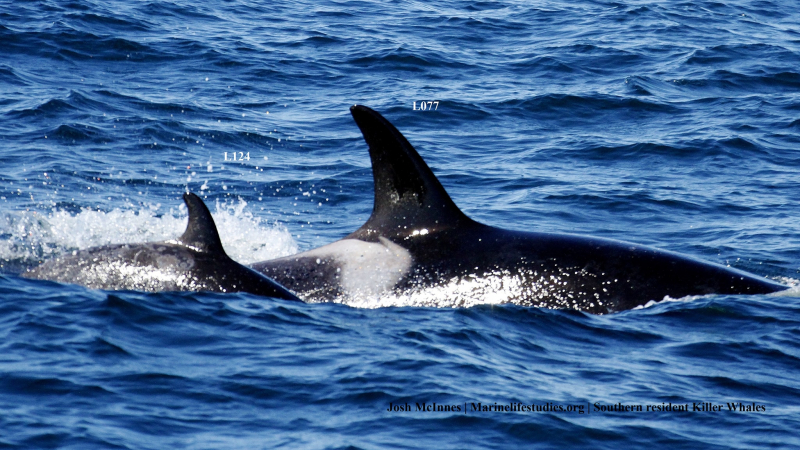 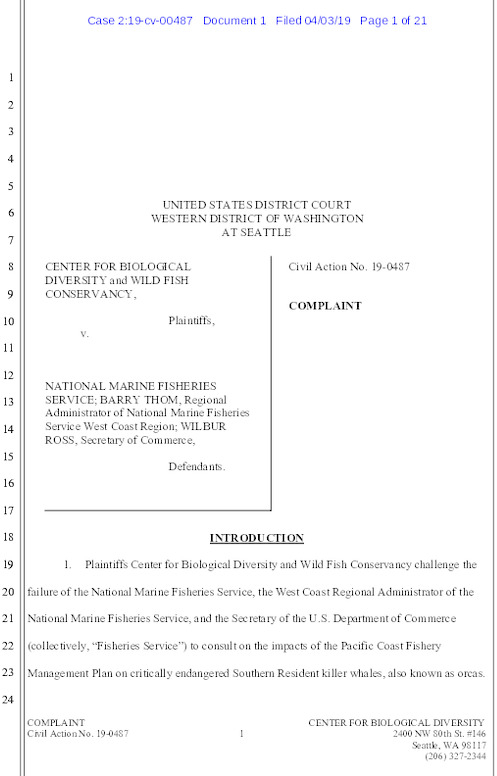 Download PDF (209.2KB)
Add Your Comments
Support Independent Media
We are 100% volunteer and depend on your participation to sustain our efforts!