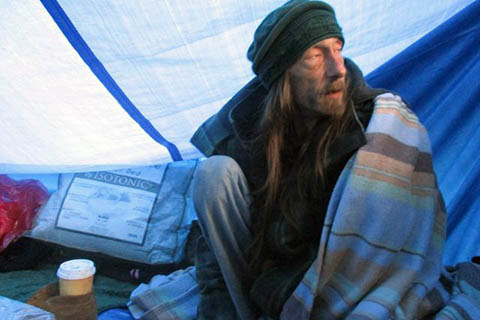 Mike Zint, a well-known homeless rights activist, died on February 14 after a lengthy battle with emphysema. Zint was one of the founders of First They Came for the Homeless, a drug and alcohol free homeless camp. He was well-known for his words and campaigns that sought to increase awareness about the issues that homeless individuals face.

Zint was instrumental in organizing the Poor Tour, a series of encampments throughout the city of Berkeley that were repeatedly disbanded in 2016. In a statement on the Berkeley post office eviction, Zint wrote, "For 17 months and 12 days, a handful of protesters occupied the post office in protest of the theft of our commons. During that time, we helped to bring attention to the sale of the downtown Berkeley post office. We installed community oriented services to reaffirm our ownership of this property. Those services included feeding those in need, a free box for donated items, a free library, a newspaper stand, a place for public posting of literature, outreach for the homeless, and a community garden. These services were utilized by everyone, housed and homeless alike. Thousands were fed, hundreds were clothed, and dozens of homeless were able to replace 'confiscated' gear."

Friends and supporters will gather at Omni Commons in Oakland on March 13 to celebrate Zint's life, share memories and food, and watch footage of this beloved member of our community.