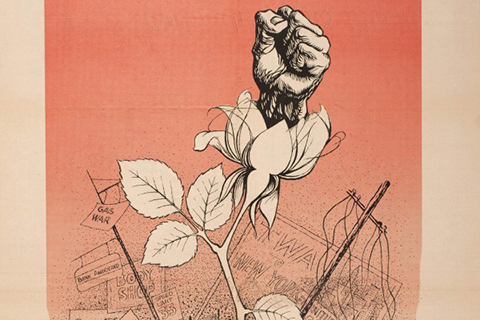 People’s Park has been the site of continual struggle for decades. Students and demonstrators took over the park from UC Berkeley in 1969 as a staging ground for activism and protests. That year, then governor Ronald Reagan tried to evict protestors through use of overwhelming force, despite promises by university officials that there would not be attempts to clear the park. In the ensuing confrontations a student, James Rector, lost his life during the struggle. In the following decades, the university has tried again on numerous occasions to develop the park, but People’s Park continues to be a rallying point for protests and community activists.

In honor of the People’s resistance, two weeks of events with music, tree planting, spoken word, and activist speakers will celebrate the 50th Anniversary of People's Park. A free concert kicks off the celebration on April 13 and events run through April 28. On May 1, a "Hold the Land" demonstration kicks off.