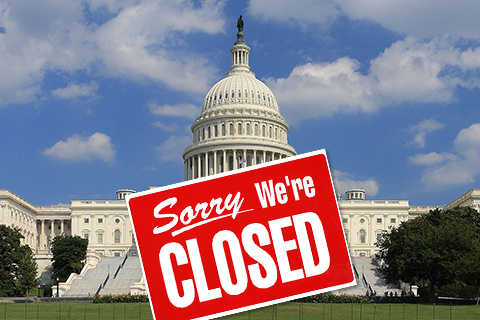 UPDATE Jan 25: Hours after staffing shortages forced LaGuardia Airport to cancel all incoming flights, Trump agreed to end the shutdown and, by the end of the day, a 3-week continuing resolution was passed and signed.

Many functions of the federal government were shut down on December 22 after Trump refused to sign a Continuing Resolution to at least temporarily fund government operations. Trump reneged on a previous deal with the U.S. Congress after right-wing media figures attacked him for not demanding funding for a xenophobic wall on the southern border. The shutdown has now become the longest in the history of the United States. The pain and suffering being inflicted upon the American public increases day by day, most directly for federal workers forced to work without pay, for contractors out of work, and for those dependent on assistance from government agencies such as the Department of Housing and Urban Development (HUD).

As a result of Trump’s government shutdown, and the incompetence of HUD Secretary Ben Carson, on December 18 around 1,150 HUD subsidized project-based housing contracts were allowed to expire, placing at risk around 70,000 to 85,000 low-income households that may face higher rents or eviction if the government shutdown continues. If it continues unabated through January and February landlords that are partnered in HUD’s subsidized housing programs are likely to consider raising the rents on the poor low-income, elderly, and disabled renters residing in their projects, or evict them outright.

By the end of January, HUD expects around an additional 500 Section 8 Project-Based contracts to expire and be up for renewal. This would affect another 30,000 to 40,000 low-income households. Another 550 Section 8 Project-Based contracts are expected to be up for renewal in February, affecting tens of thousands more low-income renters. Additionally, if the shutdown continues past February, millions of public housing and Section 8 renters will be placed at risk of higher rents or eviction because HUD does not have any funding to cover those programs in March.