Newswire
Calendar
Features
Home
Donate
From the Open-Publishing Calendar
From the Open-Publishing Newswire
Indybay Feature
Publish to Newswire
Add an Event
Related Categories: San Francisco | Labor & Workers
Fed Gov Shutdown & SF Hunters Point Treasure Island Whistleblowers Face Cover-up/Corruption
by KPFA WorkWeek Radio
Wednesday Jan 2nd, 2019 2:56 PM
KPFA WorkWeek radio covers the government shutdown and threats to our public services and health and safety in the air transportation system. Next it looks at the growing scandal and cover-up of the Hunters Point Naval Shipyard and Treasure Island cleanup. Over $1 billion has been spent to supposedly remediate the sites but there continue to be dangerous radioactive contamination and Tetra Tech and Test American fired OSHA and health and safety whistleblowers. The program looks at the failure of the San Francisco Department of Public Health and California State Department of Public Health that will now be run by incoming Governor Newsom. 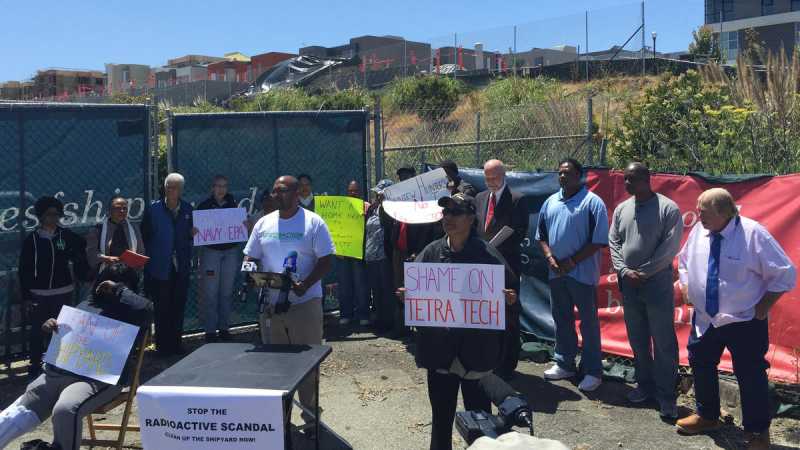 original image (1200x675)
WorkWeek on 1/1/19 looks at the Federal government shutdown and how it is affecting the public including air traffic controllers. Next WorkWeek examines the escalating scandal and financial crisis at Hunters Point Shipyard and Treasure Island which has contaminated the workers and the community.

We interview David Anton who is representing 6 radiation health and safety experts who worked for the contractor Tetra Tech at Hunters Point and Treasure Island. We also interview Dr. Larry Rose who is the former medical director of Cal-OSHA and Cheryl Thornton who is an SEIU 1021 steward, delegate to the San Francisco Labor Council and works at the Potrero Hill Health Center.

They discuss who the whistleblowers were, what happened to them and the failure to do a proper clean-up as well as the cover-up by government politicians and officials.

We also look at the failure of both the San Francisco Department of Public Health and California Department of Public Health to protect the community, workers and whistleblowers. Additionally the program discusses the failure of Cal-OSHA to protect the community and whistleblowers at both Hunters Point Shipyard and Treasure Island. There have been no investigations by Cal-OSHA over the health and safety and the retaliation against OSHA whistleblowers.

Also discussed is the role of former SF City Mayor and now California Governor Gavin Newsom, Senator Dianne Feinstein, Congresswoman Nancy Pelosi, and other political officials in this over $1 billion dollar scandal. Newsom was Mayor of San Francisco when these whistleblowers were being bullied, retaliated against and fired by Tetra Tech. 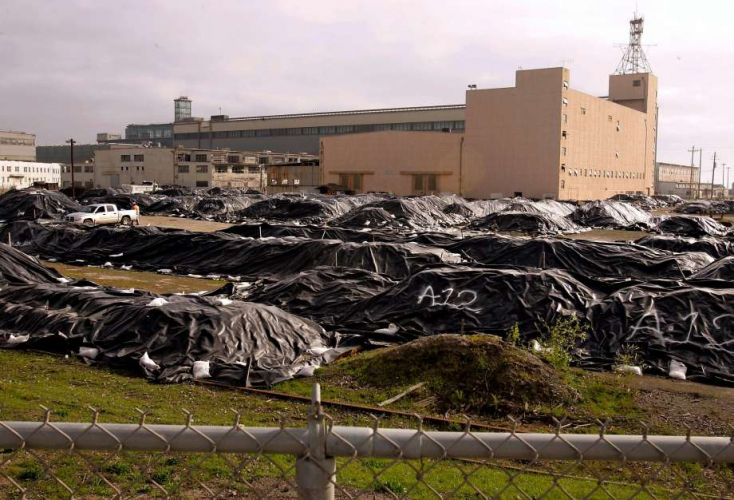 original image (920x626)
Thousands of radioactive soil from SF Hunters Point Naval Shipyard were moved contaminating the community and workers. It was then illegally transported to landfill sites around northern California where it was dumped illegally. Governor Brown's Department of Public Health and the San Francisco Department of Public Health covered. up the dangerous contamination.
https://soundcloud.com/workweek-radio/ww1-...
§Banks No Longer Loaning On Hunters Point Housing
by KPFA WorkWeek Radio Wednesday Jan 2nd, 2019 2:56 PM 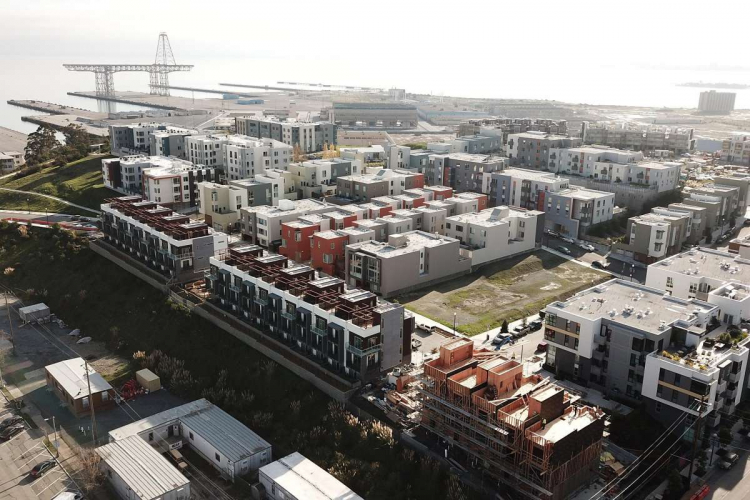 original image (1200x800)
Lennar Construction and their subsidiary Five Points can no longer get bank loans to sell their condos at the Hunters Point Naval Ship. This means that the people who bought units can no longer sell them and that the unsold units cannot be sold which may cost Lennar billions.
https://soundcloud.com/workweek-radio/ww1-...
§Dirty Transfer By Congresswoman Pelosi
by KPFA WorkWeek Radio Wednesday Jan 2nd, 2019 2:56 PM 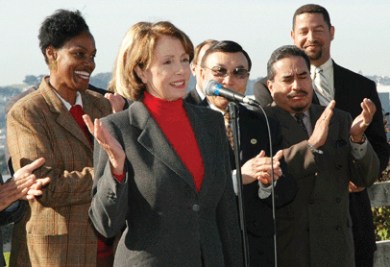 Congresswoman and leader of the Democratic Party Nancy Pelosi was involved in a corrupt transfer of the Hunters Point Naval Shipyard and her cousin Laurence Pelosi was an executive of Lennar. She also helped former Mayor Willie Brown get visas for Chinese investors in the Hunters Point Shipyard development. They will now lose tens of millions of dollars. Pelosi was also presented with evidence of an illegal cover-up along with Senator Feinstein and they covered it up.
https://soundcloud.com/workweek-radio/ww1-...
§Former SF Mayor and Now CA Governor Pushed Shipyard Development
by KPFA WorkWeek Radio Wednesday Jan 2nd, 2019 2:56 PM 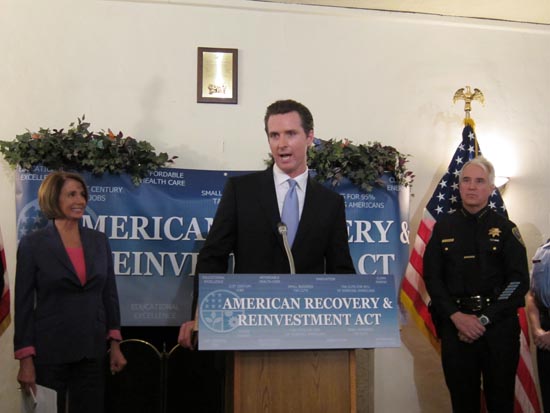 Former SF Mayor and now CA governor Gavin Newsom pushed the development of the radioactive contaminated Hunters Point Shipyard and Treasure Island. He was mayor in 2011 when Tetra Tech whistleblowers were bullied, harassed and fired and he covered up the illegal activity of Tetra Tech and Lennar. He also kept Lennar funded Department of Public Health environmental engineer Amy Brownell on the payroll while she was telling residents, the workers and the public the shipyard was safe.
https://soundcloud.com/workweek-radio/ww1-...
§CCSF DPH Environmental Engineer Amy Brownell
by KPFA WorkWeek Radio Wednesday Jan 2nd, 2019 2:56 PM 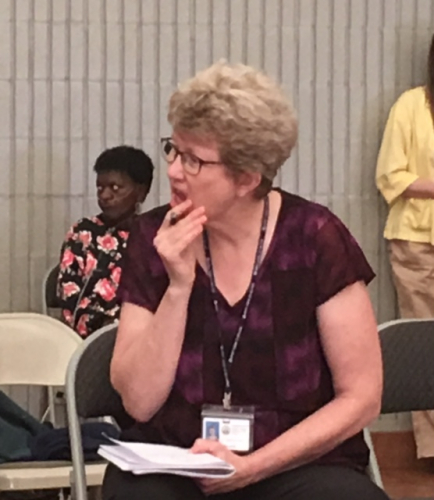 original image (556x640)
The Lennar funded CCSF DPH Environmental Engineer Amy Brownell has been telling the community, workers and the public that the shipyard is completely safe. She continues to work for the city under Mayor London Breed despite her criminal malfeasance.
https://soundcloud.com/workweek-radio/ww1-...
§Senator Feinstein, Congresswoman Pelosi & Willie Brown Did Transfer
by KPFA WorkWeek Radio Wednesday Jan 2nd, 2019 2:56 PM 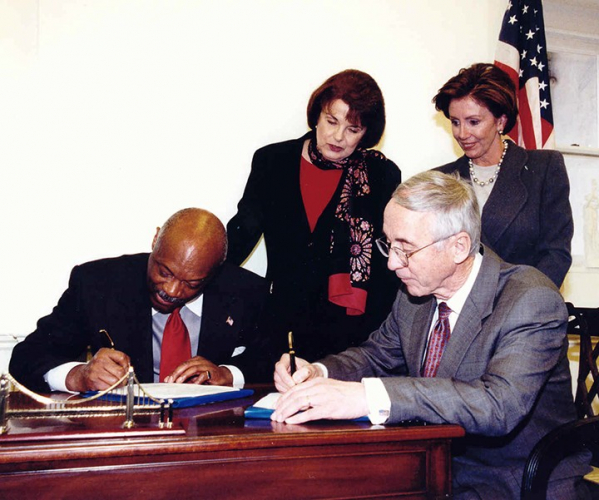 original image (720x601)
San Francisco's politicians Senator Dianne Feinstein, Congresswoman Nancy Pelosi and former Mayor and now SF Chronicle columnist Willie Brown were involved in pushing the transfer of the highly radioactive Superfund site at Hunters Point Naval Shipyard and Treasure Island for condos making developers billions. They were aware that it was contaminated but pushed ahead with the development
https://soundcloud.com/workweek-radio/ww1-...
Add Your Comments
LATEST COMMENTS ABOUT THIS ARTICLE
Listed below are the latest comments about this post.
These comments are submitted anonymously by website visitors.