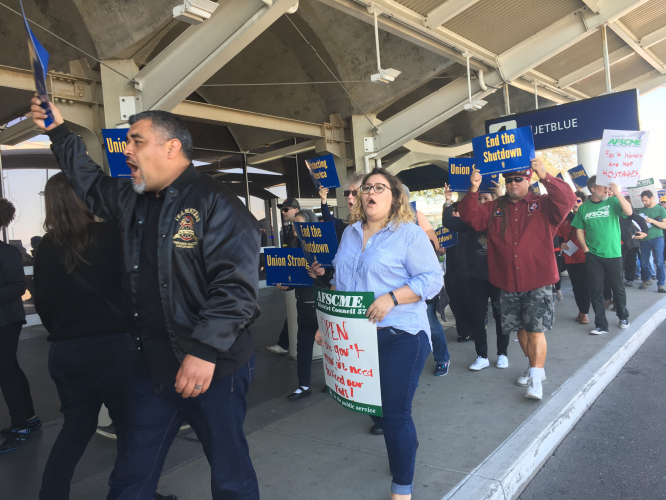 original image (4032x3024)
AFGE workers with other airline workers and hundreds of other workers protested at the Oakland airport on January 25, 2019 the Trump governmen shutdown. Workers from TSA, the Coast Guard and EPA talked about how they are being effected and are being forced to work without pay. Many workers called it slave labor. Also airline workers talked about the danger to health and safety and the union busting tactics of this government shutdown. As the protest was taking place the Trump government announced that he would re-open the government but only open it for a three week extension until February 15, 2019 when if they did not agree to a wall he would take other actions.

Yvonne Williams, president of ATU 192 and president of the Alameda Labor Council also threatened that if the shutdowns did not end, labor would have a "real shutdown" of the country. 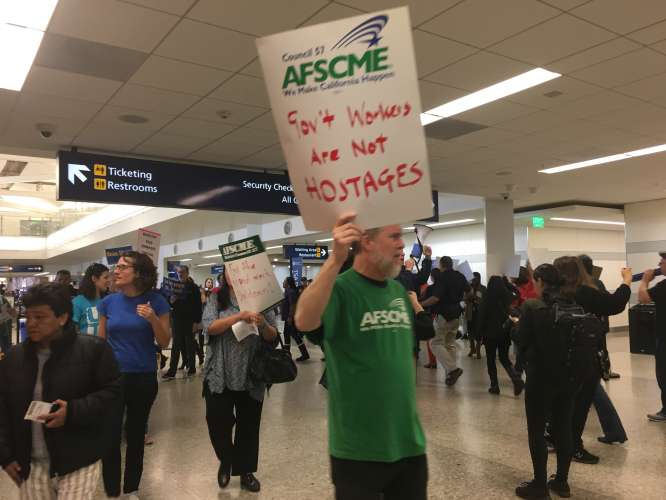 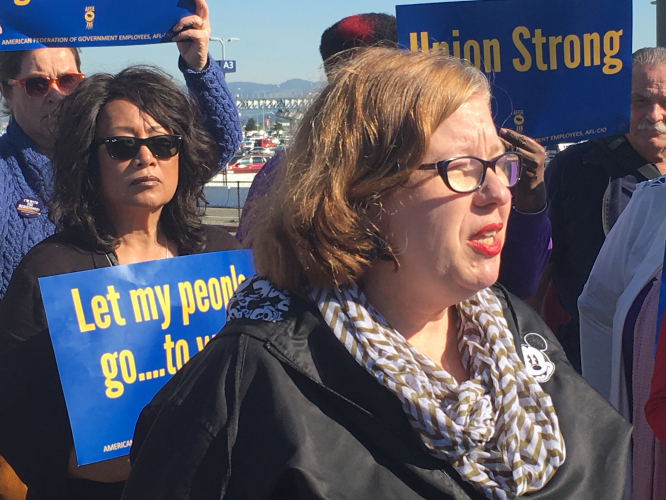 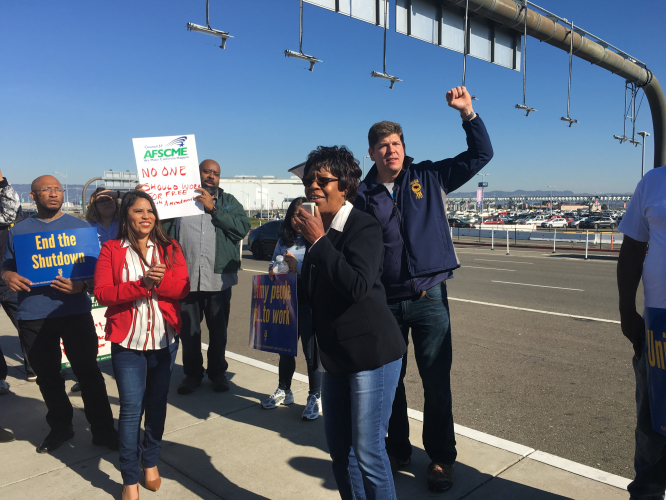 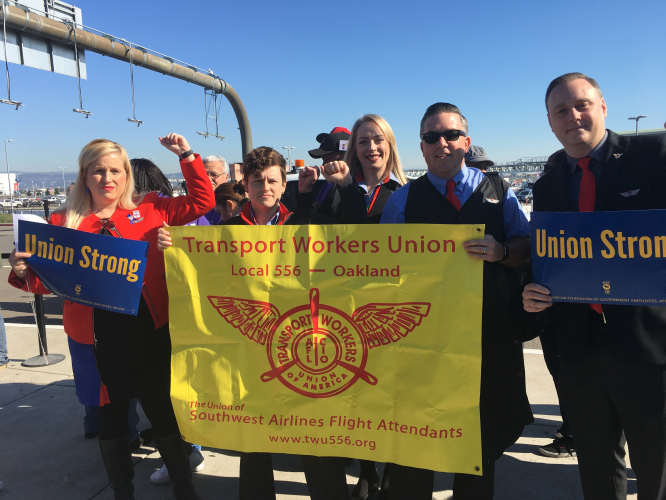 original image (4032x3024)
TWU 556 SWA flight attendants joined the rally protesting the goverment shutdown and it's effect on th airline workers and flyers.
https://youtu.be/dCgSe-gPfJg
Add Your Comments
LATEST COMMENTS ABOUT THIS ARTICLE
Listed below are the latest comments about this post.
These comments are submitted anonymously by website visitors.