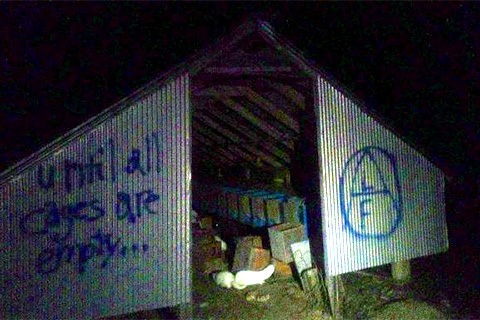 On November 8, the Animal Liberation Front (ALF) claimed credit for the liberation of 1,000 captive mink from a farm in Massillon, Ohio. The following day, ALF took credit for the liberation of 800 more captive mink, this time from Pipkorn Farm in Powers, Michigan. The same mink "farm" had been raided by the Earth Liberation Front, a sister organization, in 1999. On November 14, ALF painted their insignia at Lion Farms in Van Wert County, Ohio, where perhaps 10,000 or more captive mink were liberated. In December, another 4,000 captive mink were liberated from Scholten Farm in Wayland, Michigan, marking the fourth liberation from an American fur farm in the last two months. Additionally, ALF claimed extensive damage was done to ten Scholten farm vehicles, the water supply, and killing devices.

Lion Farms is the largest mink farm in the US and, apparently, the action on November 14 has led to its closure. Lion Farms' owner, Rien Leeijen, told employees on December 19 that he was selling the business, and that their final day of work will be December 23.