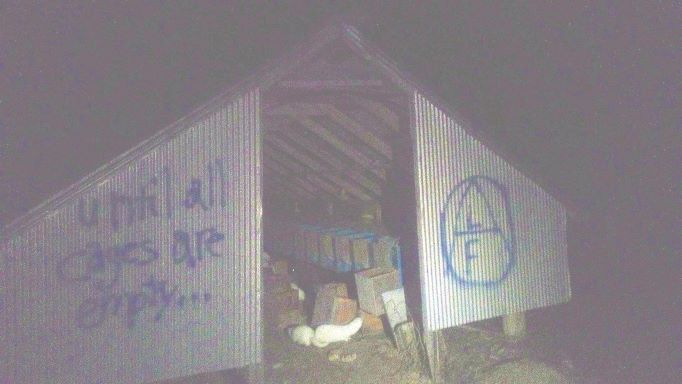 The communique reads, in part:
"all mink (800) released from pipkorn farm: a delayed response to the farmer's open letter from 1999; sorry it took us so long to respond (we weren't born yet). to remind you

we like what you've done with the place: several new fences and a camera on your barn. these were easily circumvented without the airplanes you suspected from last time, with just a leisurely stroll around back, bolt cutters for the barbed wire, and wire cutters for the chicken wire fence. we also saw how many empty abandoned sheds there were, seems like you were already on your way out.

in this letter, you refered to the mink as "defenseless", which you would know after analy electrocuting them year after year after year with no remorse. we saw how enlived and energized they were running in the field for the first time and believe that giving them a chance at life is better than the certain death they face at your hands. we also wonder whether the community will be so eager to help you after it was confirmed that the mink you held in close quarters developed and spread a specific mutation of covid in your community in 2020. what is being a good neighbor? ruthlessly caging and slaughtering so many beautiful creatures every year? adding considerably to climate and ecological disaster?
all just so rich people can have a new fancy fit?

your wealth is not worth more than one life and certainly not the hundreds of thousands you've murdered to date. we came to your farm to free the ones we could (and indeed uncaged every last one), but also to shut you down so the killing stops now. we will make good on this promise, with a little faster response time."

The Animal Liberation Front and other anonymous activists utilize economic sabotage in addition to the direct liberation of animals from conditions of abuse and imprisonment to halt needless animal suffering. By making it more expensive to trade in the lives of innocent, sentient beings, they maintain the atrocities against our brothers and sisters are likely to occur in smaller numbers; their goal is to abolish the exploitation, imprisonment, torture and killing of all innocent, non-human animals. A copy of the Final Nail, a listing of known fur farms in North America, is available here: https://finalnail.wordpress.com/ 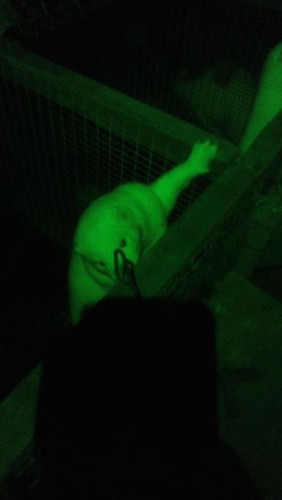 original image (384x682)
END_OF_DOCUMENT_TOKEN_TO_BE_REPLACED
Add Your Comments
Support Independent Media
We are 100% volunteer and depend on your participation to sustain our efforts!