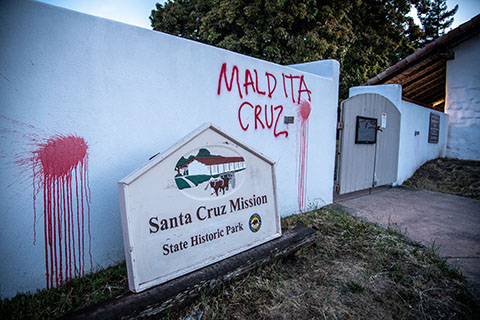 The original Mission Santa Cruz adobe and the replica mission were both spray painted during a demonstration organized in Santa Cruz in support of the abolition of police. The phrase "Fuck Your Citizenship" was painted on the Neary-Rodriguez Adobe, and the phrase "Maldita Cruz" was spray painted on two structures. Additionally, the word "genocide" was painted on the state park plaque, and the mission bell located in Mission Plaza Park was removed.