Add an Event
Newswire
Calendar
Features
Home
Donate
From the Open-Publishing Calendar
From the Open-Publishing Newswire
Indybay Feature
Related Categories: Santa Cruz Indymedia | Police State & Prisons | Racial Justice
Santa Cruz Mission Spray Painted Again and More Downtown Fencing Liberated during Defund SCPD March
by Alex Darocy (alex [at] alexdarocy.com)
Monday Jun 22nd, 2020 11:26 AM
Mission Santa Cruz was spray painted for a second time this month during a march organized on June 21 in support of defunding the Santa Cruz Police Department. The phrase "Maldita Cruz," which roughly translates to "cursed cross" or "damned cross," was spray painted on the replica mission, and an American flag was burned on the mission's historical landmark plaque, with the phrase "decolonize everything" spray painted over it. The word "genocide" was spray painted on the back of the historic marker. Individuals participating in the march also removed the fencing that was installed by the City of Santa Cruz to prevent homeless people from sleeping inside of the viewing platforms on the Water Street bridge during the early onset of the COVID-19 pandemic. The fences were carried to the Town Clock where they were used to block streets for several hours. 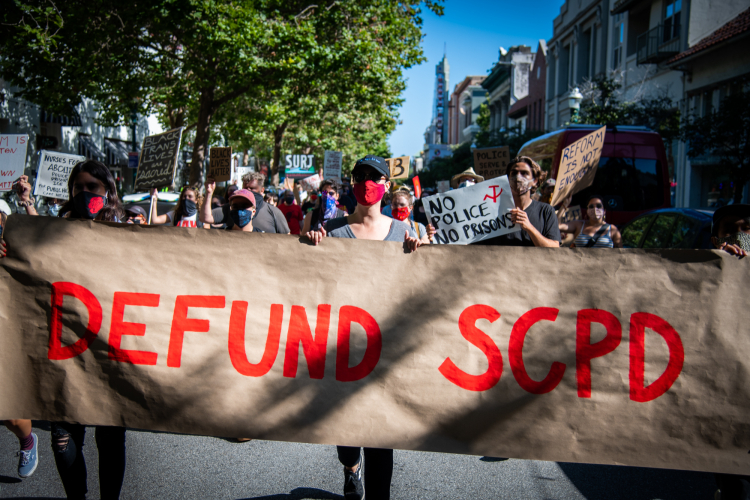 original image (2000x1333)
In addition to visiting the mission during the march, community members also took to Highway One, blocking traffic at Highway Nine for a short period of time. The group then made their way back downtown and blocked Water Street in front of the Santa Cruz County Jail.

An event post described the intent of the Defund SCPD March as follows:

"In solidarity with Black Lives Matter protests and the uprisings that are burning across the world. This nation was built on stolen land and requires the subjugation of Black & Brown & Indigenous bodies to maintain a deadly capitalist system. We will not be satisfied until these systems have been abolished, until the police have been abolished, and all prisoners are free. Let us begin by defunding our local police departments."

The fencing removed from the Water Street bridge on June 21 represents the last of the anti-homeless fencing installed by the City during the pandemic. The area of the Town Clock itself, and all four corners of the intersection of Pacific Avenue and Water Street, had been fenced off entirely until demonstrators removed the fences and carried them to the police station during a march organized on June 4. 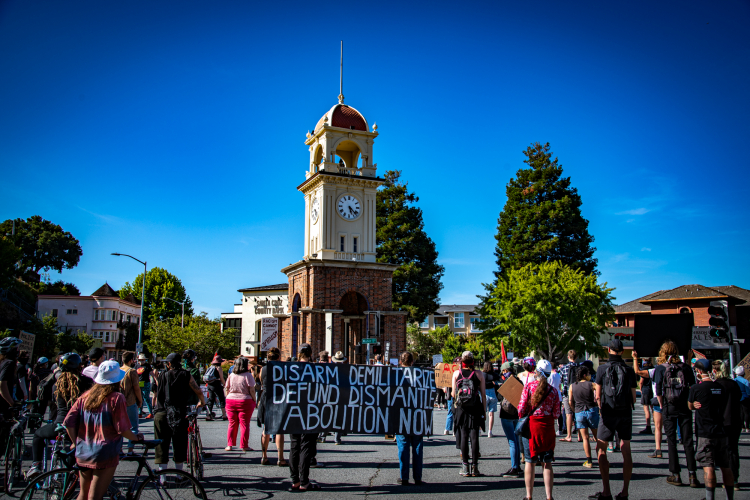 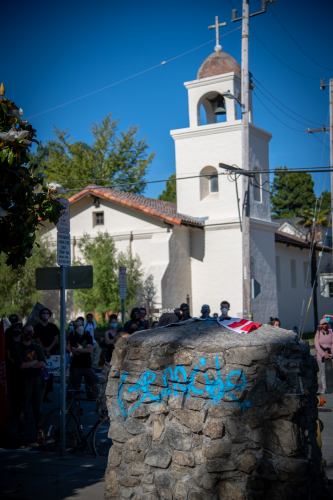 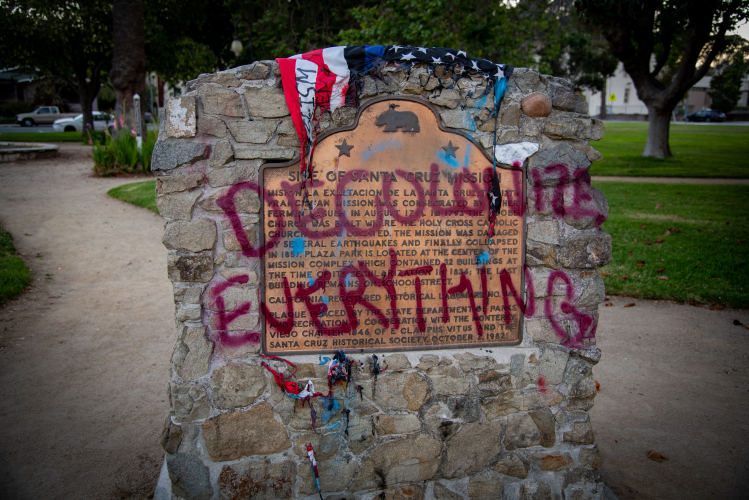 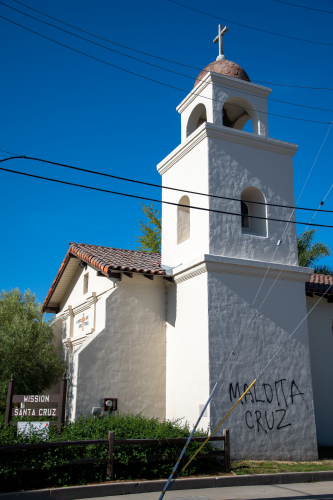 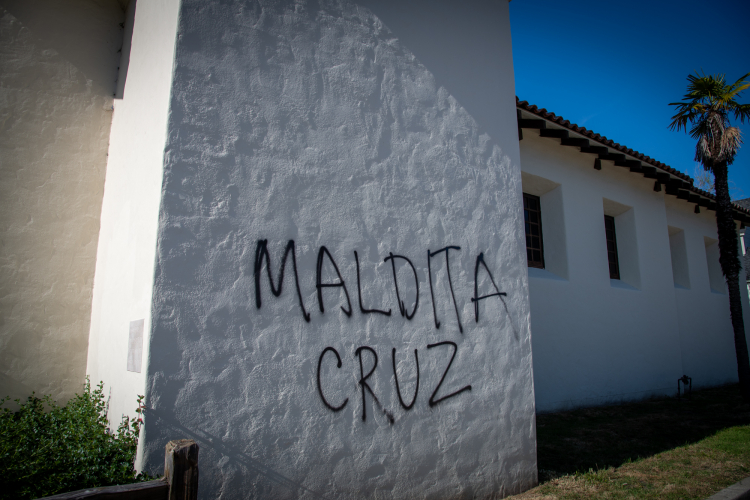 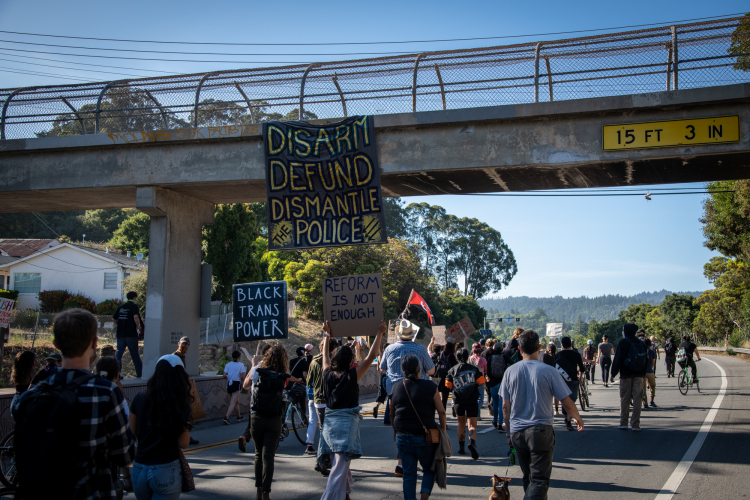 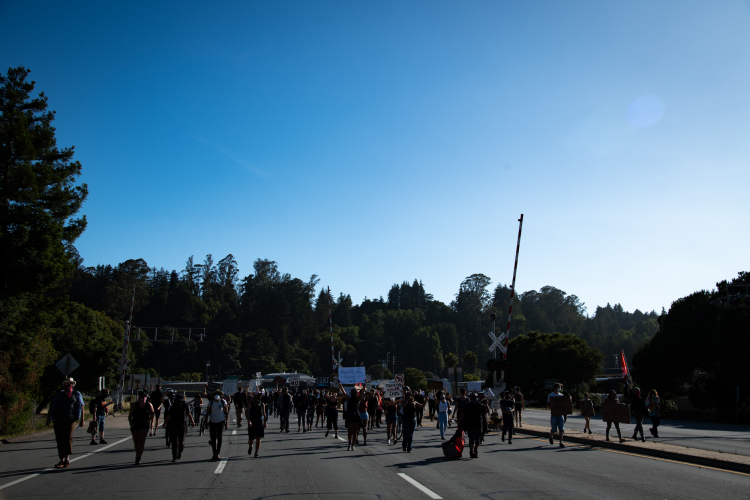 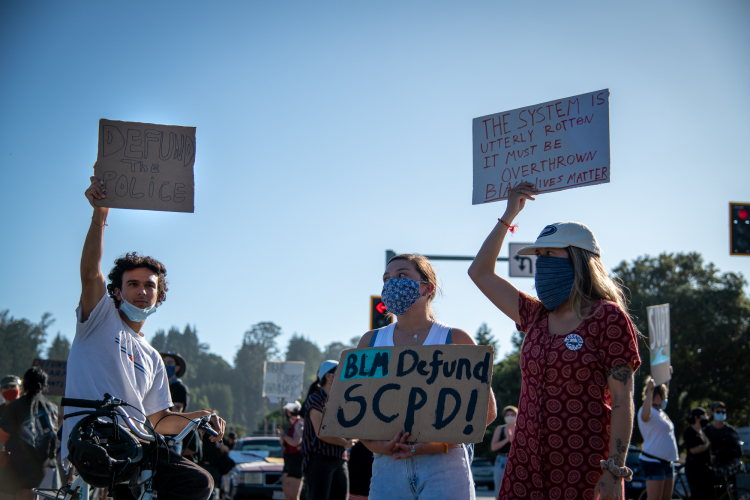 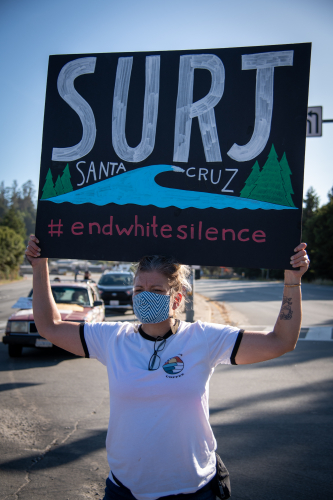 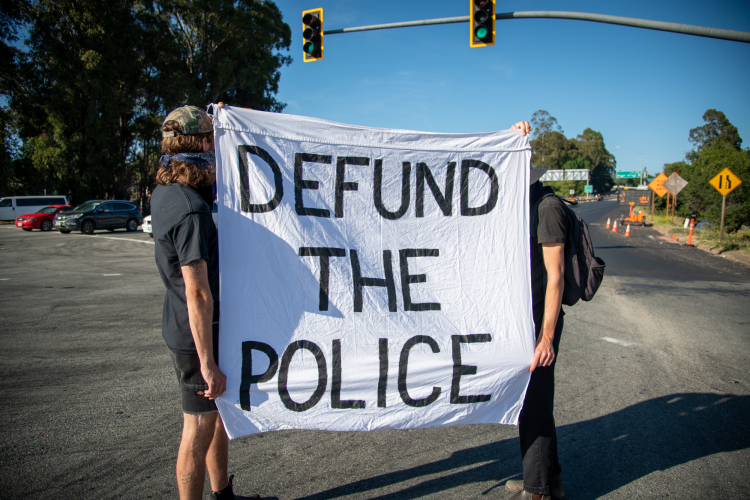 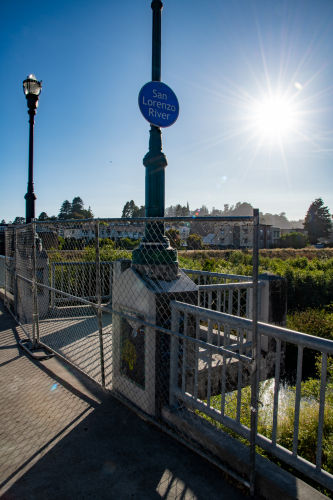 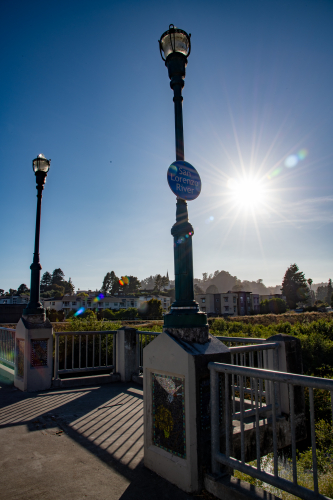 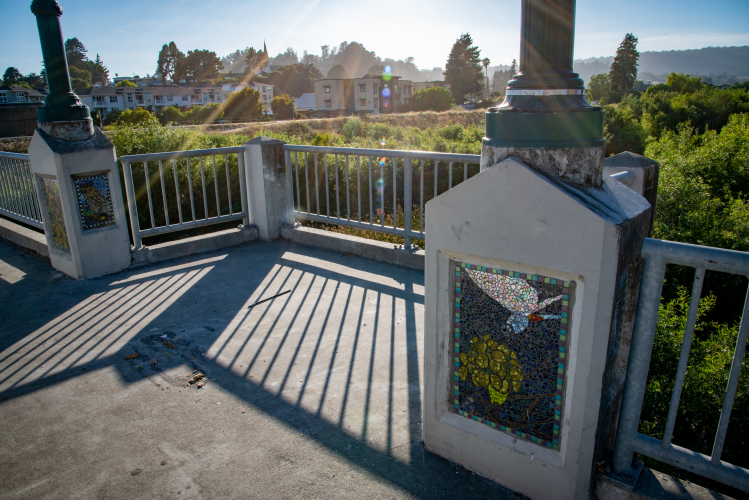 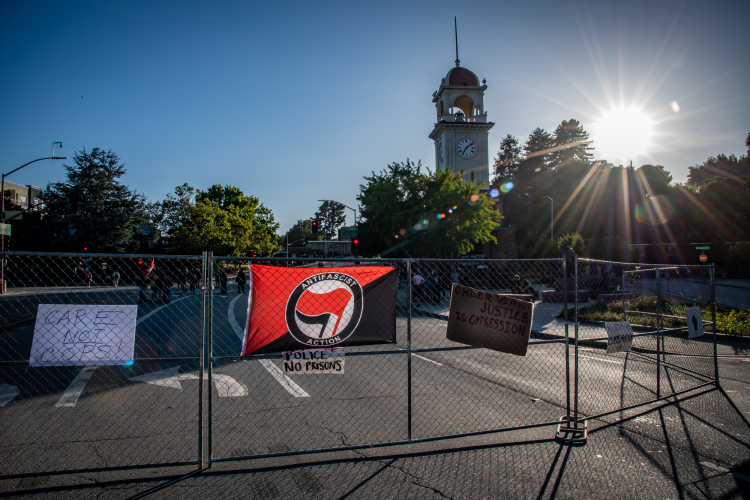 original image (2667x4000)
Protest sign displayed at the Town Clock.
http://alexdarocy.blogspot.com/
Add Your Comments
LATEST COMMENTS ABOUT THIS ARTICLE
Listed below are the latest comments about this post.
These comments are submitted anonymously by website visitors.