Add an Event
Newswire
Calendar
Features
Home
Donate
From the Open-Publishing Calendar
From the Open-Publishing Newswire
Indybay Feature
Related Categories: Santa Cruz Indymedia | Immigrant Rights | Police State & Prisons | Racial Justice
Mission Santa Cruz Spray Painted and Mission Bell Removed During Abolish Police March
by Alex Darocy (alex@alexdarocy)
Thursday Jun 11th, 2020 2:51 AM
The original Mission Santa Cruz adobe and the replica mission were both spray painted yesterday during a demonstration organized in Santa Cruz in support of the abolition of police. The phrase "Fuck Your Citizenship" was painted on the Neary-Rodriguez Adobe, and the phrase "Maldita Cruz" was spray painted on two structures. The word maldita means "damned" or "cursed" in Spanish. Additionally, the word "genocide" was painted on the state park plaque, and the mission bell located in Mission Plaza Park was removed. original image (3000x2000)
Mission bells were installed across the state to memorialize the California missions. The bell displayed in Mission Plaza Park was donated by the Santa Cruz Woman's Club in 1998. In 2019, local indigenous leaders lead a successful campaign to remove the mission bell at UC Santa Cruz. They stated in a news release that the California mission system was a place where their ancestors were "enslaved, whipped, raped, tortured and exposed to fatal diseases" and that it is shameful the missions have been converted into "tourist attractions."

Built in 1791, the Neary-Rodriguez Adobe is the oldest building in Santa Cruz County, and it is also one of the oldest Spanish military structures in the state. Its original purpose was to house the military guards of the Santa Cruz Mission.

After leaving the mission, demonstrators marched down Highway 1 from Mission Street to Ocean Street. The group blocked traffic at the entrance to the city, and then again several blocks away at Water Street, before returning to the Town Clock where the march began. 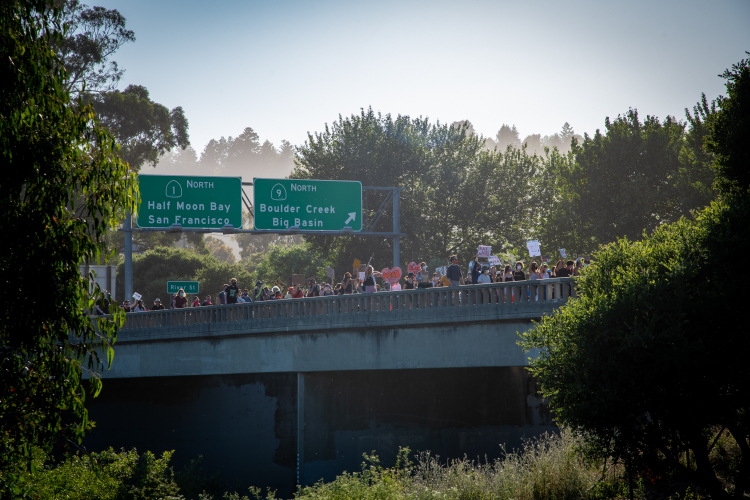 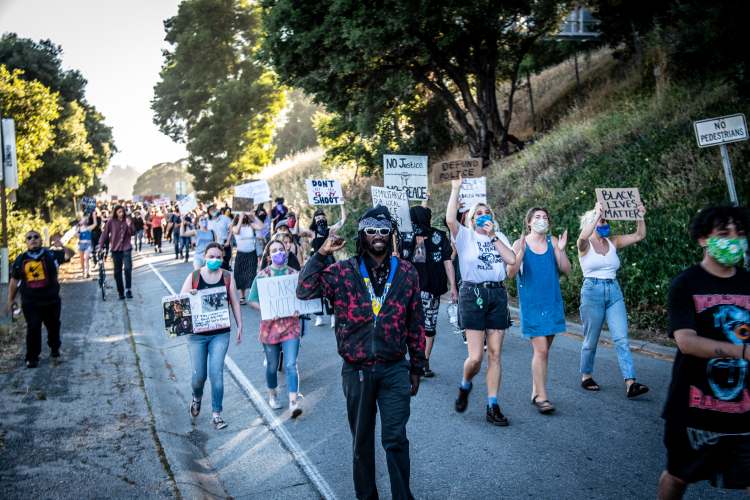 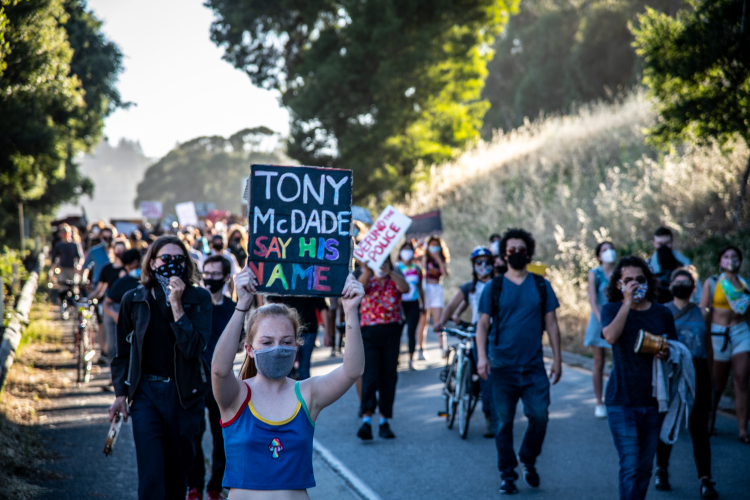 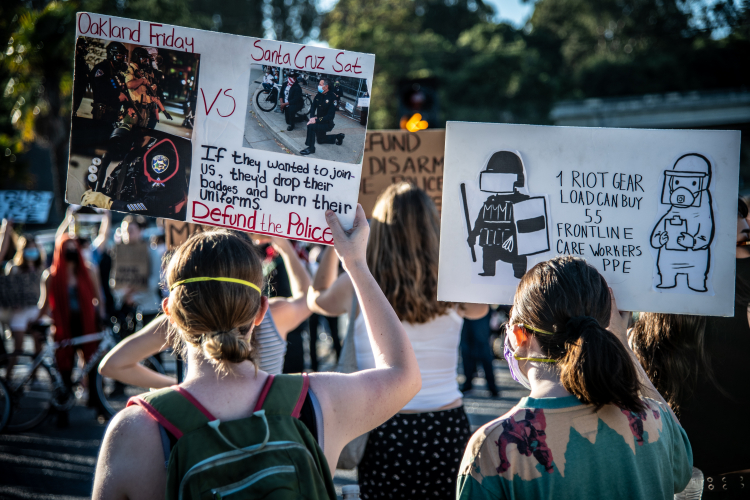 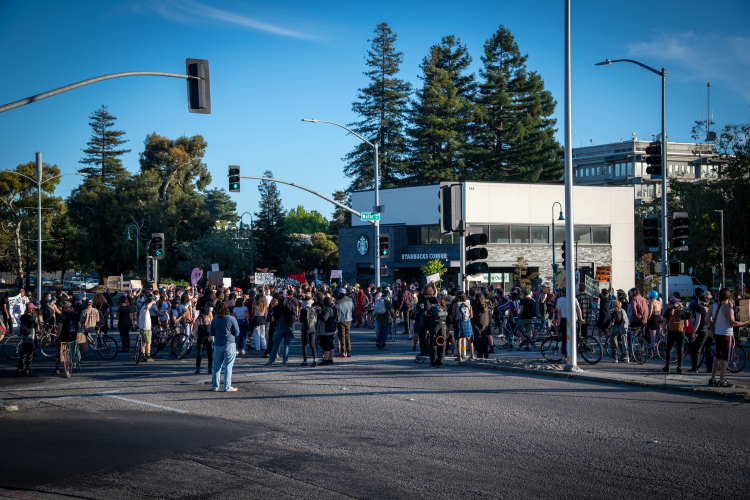 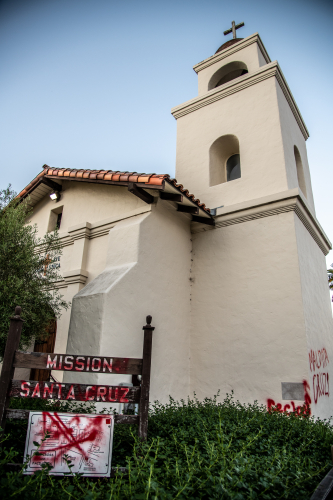 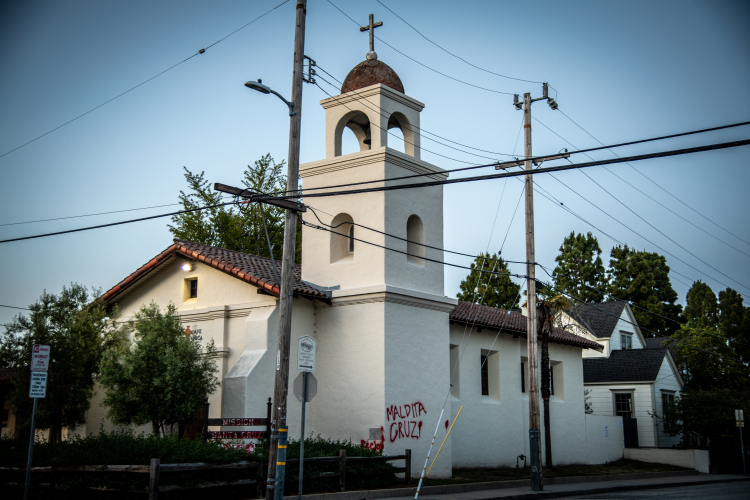 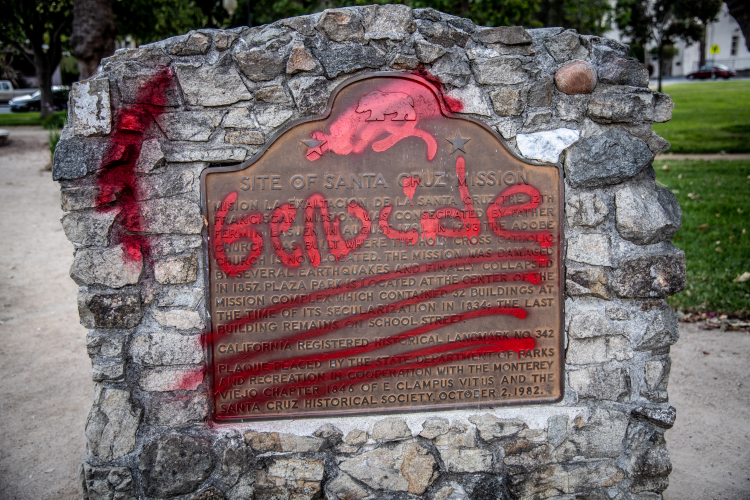 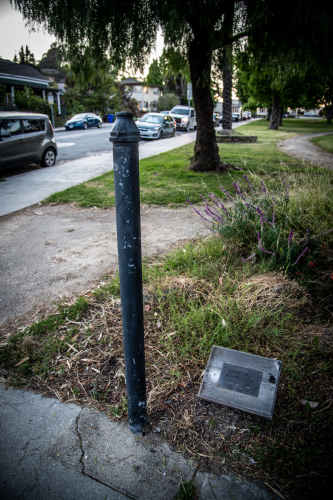 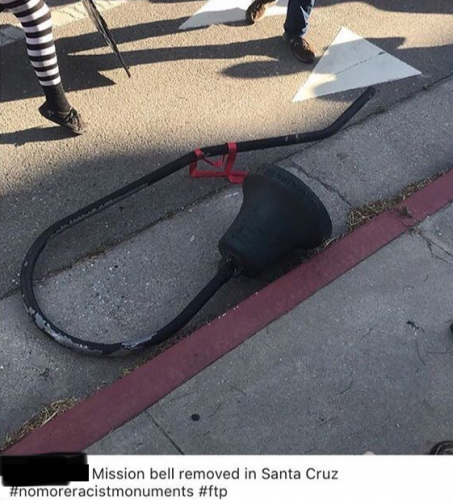 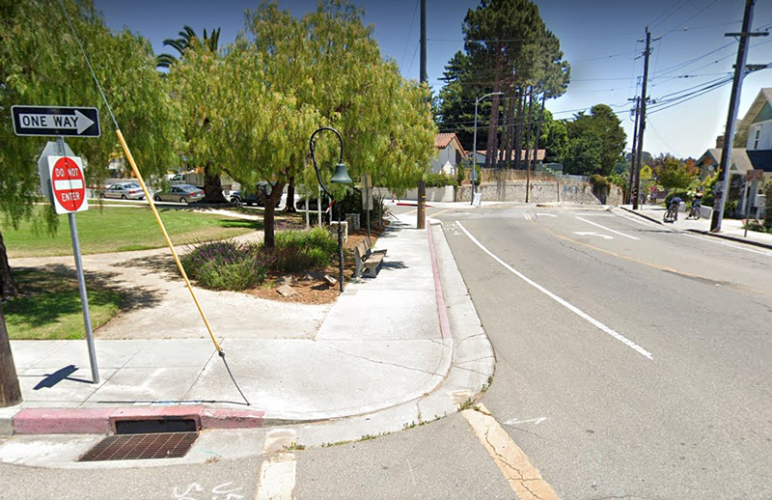 original image (800x518)
Mission Plaza Park before the mission bell was removed.
Add Your Comments
LATEST COMMENTS ABOUT THIS ARTICLE
Listed below are the latest comments about this post.
These comments are submitted anonymously by website visitors.