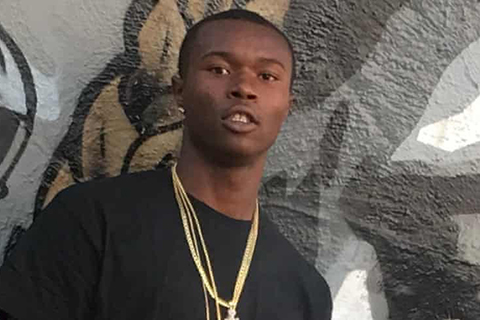 Public records reveal that since 2003, Vallejo and its insurers paid or approved at least $10.1 million in misconduct-related judgments or civil rights settlements involving VPD. More than $4.5 million has been paid out for such claims since 2016. Vallejo’s insurance costs have increased dramatically due to the city’s departure from its insurance pool last year. And the violations keep piling up.

On January 22, Adrian Burrell was assaulted by Vallejo police for doing nothing other than video recording during a traffic stop of a biker in his own driveway. Adrian Burrell writes: "I am a Black man born and raised in Oakland, California who was physically attacked by Vallejo PD officer David McLaughlin.... In researching my situation, I learned that Mclaughlin has been involved in lawsuits related to his brutality including the fatal shooting of Jeffery Barboa on August 3rd, 2018."

On February 9, six Vallejo police officers shot 20-year-old Willie McCoy to death after they found him unconscious in a Taco Bell drive-through. In bystander video, officers can be heard yelling “show me your hands” only after the volley of gunshots rang out. The family of McCoy, whose rapper name was Willie Bo, said there was no justification for using deadly force against someone who was sleeping and not a threat.

Family members, friends, and others touched by the death of Willie McCoy gathered outside the Taco Bell where he was killed to remember him and protest the police on February 16 and 17. The restaurant remains closed. McCoy’s niece, 16-year-old Jhjh Pina, said at the protest, “It’s hard that the police did this… and I want justice.”

The Cost of Civil Rights Violations in Vallejo |

Vallejo Police Assaulted Me While I Was Filming Them

Vigil and March for Angel Ramos, Murdered by Vallejo police (2017) |

Protest: California For The Rich Only? Enough Is Enough Vallejo (2015) |

Rally Against Police Brutality and Corruption (2013) |