The Cost of Civil Rights Violations in Vallejo

On February 9, the police in my hometown shot Willie McCoy to death in a Taco Bell drive-through. I hadn’t planned to write that when I began this post, which grew out of a dialogue with a neighbor frustrated by the crumbling schools, neglected parks, and casual brutality of this beautiful city. 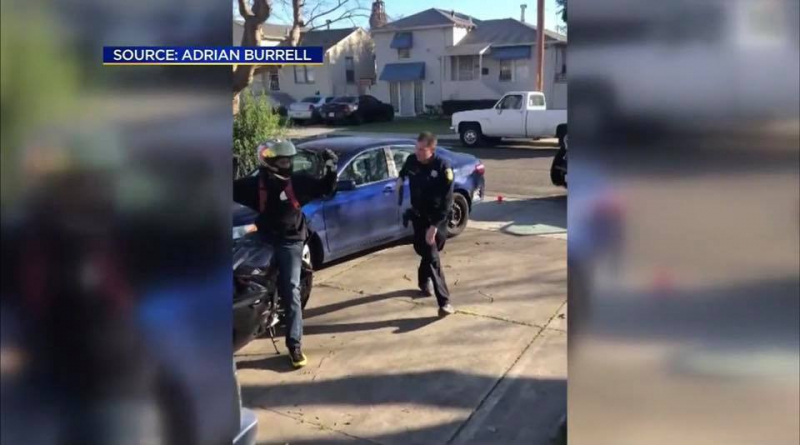 
Civil rights violations by the Vallejo Police Department have proved devastating for the municipality and its residents. They are remarkable even when compared to much larger departments, according to public records and press reports. Moreover, Vallejo’s insurance costs have increased dramatically due to the city’s departure from its insurance pool last year.

Public records reveal that since 2003, Vallejo and its insurers[1] have paid or approved at least $10.1 million in misconduct-related judgments or settlements involving VPD.[2] More than $4.5 million has been paid out for such claims since 2016.[3]

A July 2018 investigation by the East Bay Express found Vallejo paid more in civil rights judgments and settlements per officer than any of the nine Bay Area agencies it surveyed.[4] For example, according to the Express, the City and County of San Francisco paid $1.3 million for civil rights claims in 2015–2017. Averaged across its approximately 3,000 sworn police officers and sheriff’s deputies, civil rights claims cost San Francisco approximately $433 per officer in those three years. Public records show that Vallejo paid $2 million for a fatal shooting during this same time period, for a per-officer amount of approximately $20,000.[5] Of the two cities, Vallejo has a lower overall crime rate, and the violent crime rates are comparable.[6]

Also in July 2018, Vallejo withdrew from the California Joint Powers Risk Management Authority municipal insurance pool,[7] of which it had been a member since 1987.[8] The CJPRMA saved the city millions of dollars in direct payouts for police misconduct from 2003 to 2018.[9] But that proved costly for other members of the pool: prior to its exclusion from the program, Vallejo’s 5-year loss history equaled 22% of total losses experienced by CJPRMA.[10] Vallejo’s losses were “large and disproportionate” compared to other members of the pool, a trend that continued even after Vallejo’s bankruptcy.[11] On December 11, 2017, the CJPRMA directors present voted unanimously over Vallejo’s objection to increase the city’s self-insurance retention amount from $500,000 to $2,500,000.[12] Vallejo withdrew from the program by letter dated February 28, 2018, just before the CJPRMA covered the bulk of one last large settlement for the city — a $2.5 million defamation action brought by a kidnapping and sexual assault survivor who was publicly accused of fabricating her story.[13]

Vallejo’s exclusion from the CJPRMA required the city to switch to new and ultimately more expensive insurance than it previously enjoyed. According to the FY 2018–2019 city budget, Vallejo’s “insurance and risk management challenges” will increase its insurance costs by $2 million each year. This represents a projected 24% increase in insurance costs over the next five years. The city projects a deficit beginning in FY 2019–2020.[14]

In other words, Vallejo will now have to set aside $2 million more each year to cover potential settlements and judgments against the city. This is $2 million that could be spent on schools, parks, roads, and social services. It could pay for approximately 8 additional police officers, who make upward of $200,000 per year in salary, overtime and benefits, while at the same time providing better training and accountability mechanisms.[15]

Instead this money will sit encumbered, waiting for the next civil rights lawsuit against VPD. At time of writing, several are working their way through the federal court system. Two of these cases involve fatal shootings by officers; others allegedly resulted in amputations, broken bones, Taser shocks, unlawful arrests and a dead family dog.[16] Two more lawsuits may be filed over incidents caught on video in 2018 and 2019, both involving the same officer.[17] And less than 24 hours ago, Vallejo police officers killed a man they say was armed and initially unresponsive as he sat in a car in a Taco Bell drive-through.[18]

The numbers cited above do not include the costs associated with any future civil rights investigations or lawsuits by the California or U.S. Departments of Justice, the business and reputational impacts on the city, or the challenge of solving crimes in the face of public mistrust. They do not begin to capture the untold heartache people suffer, or the negative impact on the community as a whole, when those sworn to uphold the law break it instead.

Vallejo can better protect its fiscal health and its residents’ civil rights by modernizing its policing strategies. In the words of Bill Baer, then the third-highest ranking official at the U.S. Department of Justice, “the most successful litigation defense is not to have been sued in the first place, and when one is sued, it helps a great deal when law enforcement efforts are guided by evidence-based best practices.”[19] Baer was discussing the final report of the President’s Task Force on 21st Century Policing, which found that any “Any [crime] prevention strategy that unintentionally violates civil rights, compromises police legitimacy or undermines trust is counterproductive from both ethical and cost-benefit perspectives. Ignoring these considerations can have both financial costs (e.g., lawsuits) and social costs (e.g., loss of public support).”[20] The President’s Task Force report is one potential roadmap for building a police force that is modern, constitutional and just.

We have already tried looking the other way, with increasingly predictable, tragic and costly results. Vallejo deserves and must do better.

Thanks to Scott Morris, John Glidden, and Jean Likover for doing so much of the original research that inspired and informed this post.

END_OF_DOCUMENT_TOKEN_TO_BE_REPLACED
Add Your Comments
Support Independent Media
We are 100% volunteer and depend on your participation to sustain our efforts!