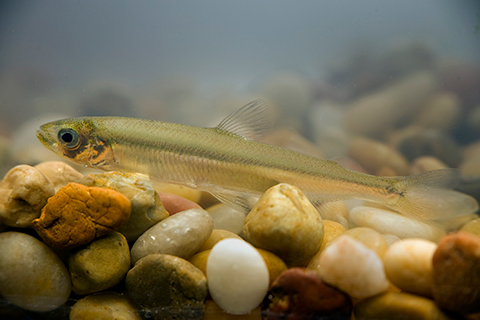 Delta Smelt on the Brink of Extinction
Once the Most Abundant Fish in the Delta, Smelt Numbers Dangerously Decreasing

For the first time ever, a fish survey that the California Department of Fish and Wildlife (CDFW) conducts every autumn turned up zero Delta Smelt throughout the monitoring sites in the Sacramento-San Joaquin River Delta in September, October, November and December 2018. This is not the only survey of Delta Smelt populations that the CDFW conducts — and the other assessments have found smelt, although in alarmingly low numbers.

The Delta Smelt, a 2 to 3 inch fish listed under both federal and state Endangered Species Acts, is found only in the Delta estuary. It is regarded as an indicator species, a fish that demonstrates the health of the entire Delta ecosystem.

“Not only is the Delta Smelt on the brink of extinction, but there are several species lined up behind it,” said Bill Jennings, Executive Director of the California Sportfishing Protection Alliance (CSPA). “Governor Brown’s legacy is likely to be several extinctions of fish that flourished in this estuary for millennia.”