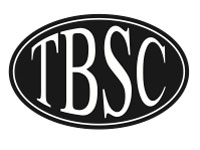 Who Runs Take Back Santa Cruz and What Are They Up To?
Secretive "Public Safety" Group Advocates for Laws Criminalizing Homelessness

Take Back Santa Cruz (TBSC) claims to be a non-profit group dedicated to safety issues in the city of Santa Cruz, and that they have no ideological direction. The truth is that TBSC has been the grassroots arm to many of the recent laws criminalizing homelessness in the city as well as the force behind proposed RV bans, forced closure and relocation of a needle exchange service, and a stay away order law from public parks.

TBSC Watch writes: "If you go to takebacksantacruz.org and look around for who really runs this group you will typically find nothing. They like to keep it that way because the illusion that Take Back Santa Cruz (TBSC) operates out of is that they are a broad-based community group free from ideology and only laser focused on safety. Nothing could be further from the truth."

"One of the main ways that the private Board achieves their goals is through the vastly popular but private from public view Facebook group. The TBSC FB group is run with an iron fist by its admins who are empowered with approving threads that the group can read. ONLY those threads which fit the the TBSC agenda are approved and in many cases threads are started by admins themselves. In this way, TBSC FB group is the perfect propaganda machine."