Add an Event
Newswire
Calendar
Features
Home
Donate
From the Open-Publishing Calendar
From the Open-Publishing Newswire
Indybay Feature
Publish to Newswire
Add an Event
Related Categories: Santa Cruz Indymedia | Police State & Prisons
Was Tough-on-Crime Take Back Santa Cruz Founded by a Corporate Criminal?
by Postive Loiterer
Wednesday Jun 2nd, 2010 10:05 PM
Take Back Santa Cruz founder Dexter Cube apparently was twice found guilty of fraud by the Security and Exchange Commission.
When Take Back Santa Cruz first appeared as a response to a gang-related stabbing of a high school student last year, it seemed reasonable enough. Why not have an organization dedicated to making our community safer, largely through encouraging people to spend more time “positively loitering” in public spaces? Before long, however, it became clear that TBSC had a fairly narrow vision of what safety means, and from whom Santa Cruz should be taken back. For TBSC, homelessness is a problem not for desperate people scraping by on the street, but for the rest of us who are burdened with having to see and occasionally interact with them. Thus their solution is not to work towards building a community with sufficient jobs and housing and mental health services, but to “clean up” homeless camps in the hopes of pushing them away to someone else’s town. Similarly, their solution to gang violence or any other crime is simply to support the police and prisons; analyzing the causes of crimes, and considering preventative measures are not only not mentioned, but rejected out of hand.

In short, TBSC’s goal is to promote “tough on crime” policies. When asked who they are taking Santa Cruz back from, they reply “criminals”, and they encourage people not only to call the police when they see anything suspicious, but to sit in on court cases to show our judges that Santa Cruzans want tough sentencing. Ironically, it appears that their founder Emmanuel “Dexter” Cube is himself a criminal. In 2002, then an investment broker in New Jersey, he was investigated by the Securities and Exchange Commission and found guilty of violating laws, fined over $50,000 and suspended for over 5 years from trading. This was his second fraud; he was fined $40,000 a few years prior and suspended for a lesser number of days. (http://www.sec.gov/litigation/admin/33-8201.htm, http://www.finra.org/Industry/Regulation/Notices/1996/P004863).

In the past, when people have criticized TBSC for Cube’s alignment with Republican Meg Whitman and her conservative agenda, the group has responded by claiming they were founded by a diverse group. Yet as of this posting, the TBSC number listed in the phone book has Cube’s voice on the outgoing message, and the address of their “corporate headquarters” is the small office where he works downtown—which is not marked in any way as having a connection to TBSC.

It’s time we take Santa Cruz back from this fear-based organization promoting a vision of community based on unquestioned support for the police, and attacks against homeless, political activists, and undocumented immigrants, throwing around the word “criminal” while they themselves feel they are above the law. 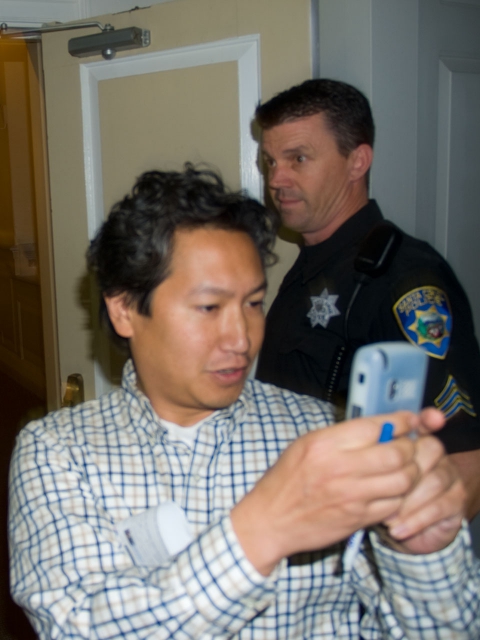 original image (960x1280)
Add Your Comments
LATEST COMMENTS ABOUT THIS ARTICLE
Listed below are the latest comments about this post.
These comments are submitted anonymously by website visitors.