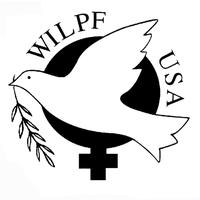 "The Santa Cruz Branch of the Women’s International League for Peace and Freedom (WILPF) condemns the action of local law enforcement in attempting to prosecute eleven local activists who are alleged to have occupied the long-deserted bank building at Water and River Streets last fall.

"Four of the defendants are journalists, who were present to report to the community on the protests. The First Amendment is clear on the rights of journalists to observe and print their findings; the charges against them should be dropped immediately.

"It is also apparent that some of the defendants have been targeted for arrest (out of the hundreds who went in and out of the building over the several days of the occupation) because of previous brushes with law enforcement officials. The Constitution forbids charging people with crimes on the basis of their identity or past actions.

"Santa Cruz Occupy, a grass-roots movement to attempt to change our extremely unfair economy and end the corporatocracy that now has de facto control of our country, has injured no one, and like all citizens, has a right to be treated with fairness and respect."

Demonstration at Wells Fargo in Santa Cruz: "Drop the Charges! Bust the Banksters!" || ACLU Statement of Support and Petition for "Journalists, Local Press and Activists"