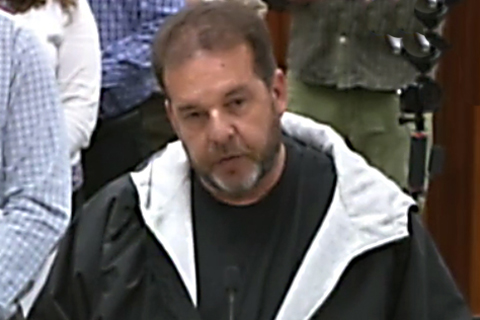 Joe Netro, who authors the Santa Cruz, CA: Keepin' It Real hate blog anonymously as 'Big Joe 77', has admitted to creating a fake news story over the course of multiple blog posts about California State Assembly Bill 516 (AB 516). Netro apologized to his followers on August 22 for the "confusion", calling the multiple false posts he made a "mistake". "If you have lost the trust and would like to track this Bill for yourself, here's the link," Netro wrote.

Assembly Bill 516 is a state bill which would amend the California vehicle code to extend the amount of time before local authorities may legally tow a vehicle parked in public, and would also prevent the sale of vehicles after they are impounded to cover towing expenses. The bill is seen as a much needed protection for low income residents in the state; having a vehicle towed can devastate lives, including those of struggling families and homeless people who live in their vehicles.

Santa Cruz City Staff authored a letter opposing AB 516 and placed it on the consent agenda prior to the City Council meeting on August 13, in hopes it would be approved by the Council and sent on to State Legislators. At that meeting, however, Councilmembers Drew Glover, Chris Krohn, Sandy Brown, and Justin Cummings voted not to send the letter due to concerns for low income and homeless residents. In a post on Santa Cruz, CA: Keepin' It Real dated August 14, Joe Netro claimed that AB 516 was "dead", and in another post on the blog dated August 15, he lambasted the city council for not knowing the bill was dead, and for not reading his email sent anonymously to them as 'Big Joe 77' on August 12, which stating essentially the same.