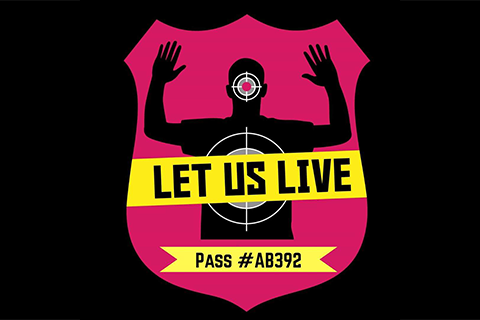 In a huge milestone for limiting the ability of police to kill at will, the California Act to Save Lives (AB 392) passed in the State Assembly Public Safety Committee by a 5-2 vote on April 9. The bill was introduced this year by Assemblymember Shirley Weber (D-San Diego) and will save lives by restricting when police can use deadly force.

Hundreds of police accountability activists and family members who have lost loved ones to police violence traveled to the Capitol Building in Sacramento on April 9 to show their support for AB392. The bill mandates that police officers only use deadly force when other alternatives are not available. After the victory in the Public Safety Committee, the bill heads to the Rules Committee and then a full Assembly vote. A similar bill (AB391) died in the state Senate in 2018.

On May 7, the Oakland City Council approved a resolution in support of AB 392.

AB392: Ways To Take Action to Save Lives from Police Violence |

Defund OPD and Invest in Community (May 7)

Related Feature: Legislature Moves to Reign in Police Use of Force and Increase Transparency