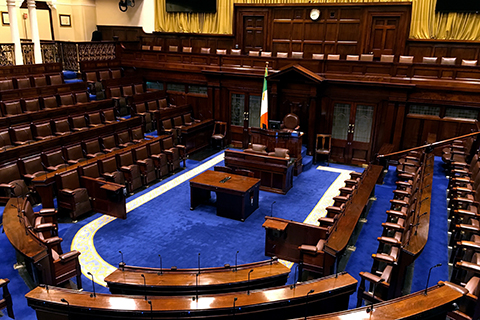 The lower house of the Irish parliament passed a bill preventing the importation or sale of goods from Israeli settlements on January 24. The law would "make it an offence for a person to import or sell goods or services originating in an occupied territory or to extract resources from an occupied territory in certain circumstances." Penalties can lead to fines of up to 250,000 euros ($285,000) or five years imprisonment. Despite the bill still having a number of stages to pass through, the vote has effectively ensured it will eventually be signed into law.

Meanwhile in the United States, the Republican-controlled Senate passed a bill that would allow state and local governments to sanction those who support the Boycott, Divest and Sanctions movement (BDS). U.S. Senate Bill 1, which included the "Combating BDS Act of 2019," passed with 77 votes on February 5. The bill represents a Republican attempt to split democrats. All but one declared Democratic presidential candidate voted no, perhaps signaling concern that blindly voting for Israel may not play well in the 2020 presidential primaries. However, the bill is expected to pass in the Democratic-controlled House and be signed into law by Trump.