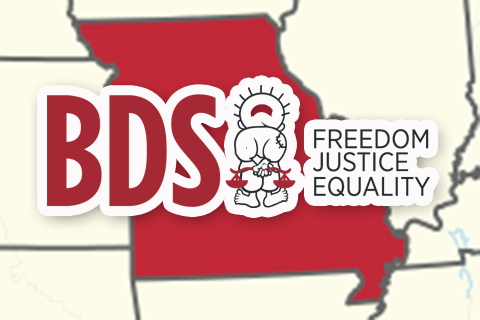 A five-month grassroots campaign led by human rights groups and the American Civil Liberties Union (ACLU) of Missouri celebrated a win on May 18, when the Missouri legislative session ended, failing to pass legislation that would have denied state contracts worth over $10,000 to businesses and organizations boycotting Israel over its subjugation and dispossession of the Palestinian people.

The Massachusetts Right to Boycott Coalition scored a win against similar legislation in February. On constitutional grounds, the ACLU has legally challenged anti-boycott legislation in Kansas — where a federal judge temporarily blocked the law — as well as in Arizona.

A growing number of celebrities, governments, and organizations worldwide are engaging in BDS in protest of Israel’s separate and unequal system of discrimination against Palestinians, which marked 70 years on May 15.