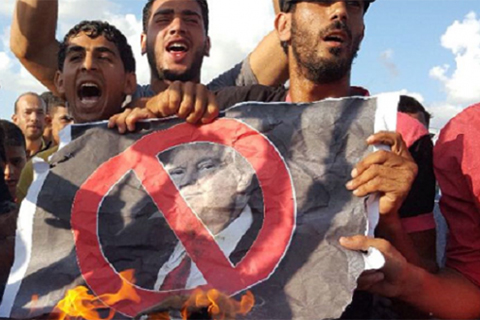 Trump's National Security Advisor John Bolton announced the closure of the Palestine Liberation Organization (PLO) office in Washington D.C., in addition to challenging the legitimacy of the International Criminal Court. Only a few days earlier, the U.S. Department of State promised to cut more than $300 million in funding for the United Nations Relief and Works Agency for Palestinian refugees which provides humanitarian assistance to more than five million Palestinians in the West Bank, Gaza, and across the Middle East. The additional $20 million in cuts faced by Palestinian hospitals in Jerusalem will undoubtedly cause harm and could lead to the collapse of at least one.

The moves by the Trump administration appear to be the latest in a series of pressure tactics used against the Palestinians to force them into an agreement with the Israeli government that would deny them a state, as well as denying the right of Palestinian refugees to return to their homes. The Palestinian Authority, which is the institutional form of the PLO, has refused to bow to U.S. pressure and accept a "peace deal" that would destroy Palestinian rights and sovereignty, especially after the U.S. moved its Israel embassy to Jerusalem in May, undercutting historic Palestinian claims to the city.

Meanwhile, emboldened Israeli settlers and armed occupation forces storm the courtyards of the Al-Aqsa Mosque, an Islamic holy site, on a daily basis, in an attempt to push forward their plan to divide the mosque temporally and spatially. Palestinian access to the site has become increasingly restricted in recent years. Israeli institutions and organizations are preparing to build the so-called “Third Temple” in the place of both the Dome of the Rock and Al-Aqsa Mosque in the Old City of Jerusalem, and are waiting for a political decision to start building.

Expert Warns of Collapse Amid Trump Cuts to Jerusalem Hospitals |

Israeli Media: Preparations for Construction of 3rd Temple to Begin