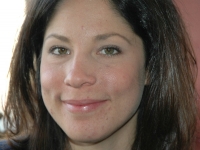 Carissa Phelps was 12 years old when she was forced into prostitution on the mean streets of Fresno. Carissa was already on her own when, as she says, "I ended up on Parkway Drive (near Roeding Park and highway 99) because a friend's uncle saw me walking on the street. I didn’t have anywhere to go. He picked me up and asked if I wanted a ride. I didn’t really need a ride, but I got in anyway because I needed a warm place."

Carissa’s mom had taken her to Juvenile Hall as an "out of control" youth. After spending the night in the lobby, she was put into a group home for troubled youth, but soon ran away. Eventually she started living with the families of friends, paying for her stay by cleaning house and watching younger children. She did not attend school. Carissa said her friend's uncle "put his arm around me and said ‘I’m going to take care of you and you’re going to take care of me.’ He drove me to a Johnny Quick market and bought me a hot dog and a coke. I was terrified of him, I knew he was a drug dealer and I knew all of these things that made me afraid of him, but I thought I had to follow along. I was 12 years old and just a baby. I was happy to eat something."

Carissa Phelps has returned to Fresno to put a spotlight on the sexual exploitation of youth, which she says is still happening today. Telling her story is a part of the process. After getting a bite to eat, Carissa was taken to the Villa Motel. She says "it was really easy to be abused. All I was looking for was love and attention." But, she says she was not naive. She knew why this 40 year old drug dealing, uncle of a friend had taken her to the motel. "I tried to get out of the window in the bathroom, but it was too small. I then had sex with him, it was the worst experience of my life.