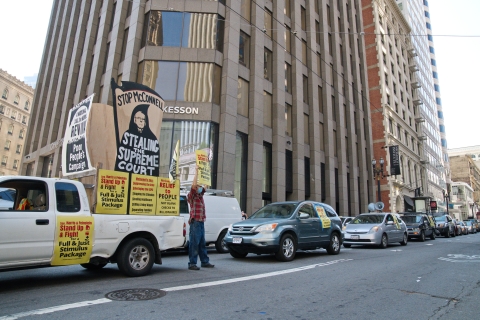 Glide Memorial, though nominally a United Methodist Church has forged its own moral mission, engendering much friction with the United Methodist establishment. Dispensing with almost almost all traditional Christian narrative and ritual, it has recast its mission as a celebration with art and music of all of humanity in all of its diversity.

Glide Memorial, with its many years as a unique San Francisco institution, has taken up the cause of society's impoverished and ignored. Declaring poverty a sin and those who inflict or ignore it sinners, the Poor People's Campaign embodies this activism.