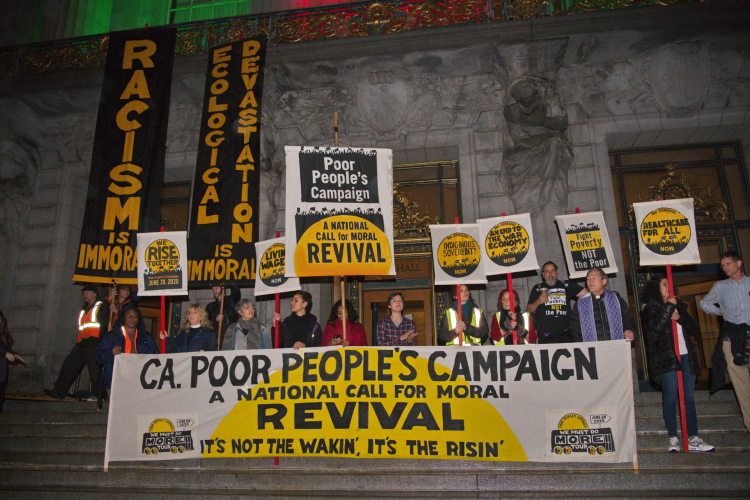 Wednesday, December 11 - Sponsored by Glide Memorial Methodist Church that has been central in the fight against poverty since the 1960’s, the Poor People’s Campaign ended its twenty two state tour in an evening march from San Francisco’s City Hall to a mass meeting in the Church in San Francisco’s Tenderloin district.

On a rainy night, the rain held off just long enough for about a thousand people to march and sing many of the well known songs from the freedom movement.

It was a meeting/service at times inspiring and exuberant with wonderful music and at times sobering as speakers and a film spoke of the devastating poverty in our supposedly wealthy society.

Vowing to be silent no more in a call for a moral revival, signs everywhere demanded climate justice, health care for all, an end to racism and to attacks on the poor.

There will be a March to Washington June 20, 2020 to demand the implementation of a Moral Agenda. The slogan is “We Must Do MORE.” MORE as in Mobilizing, Organizing, Registering, Educating.

While the for profit media claims that the economy is doing “well” there are 140 million people who would be devastated by a $400 emergency and 500,000 yearly personal bankruptcies due to medical costs.

Born in the Black Church’s tradition as a source of social strength, the Poor People’s Campaign is neither explicitly Right nor Left but still highly political in that it is politics as applied morality. 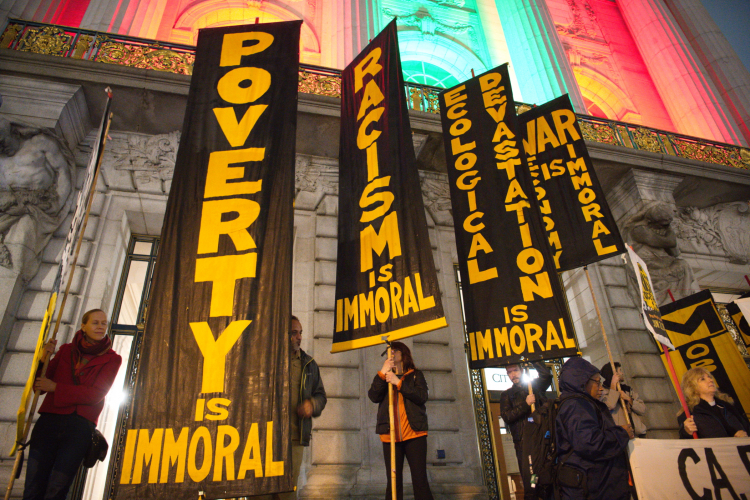 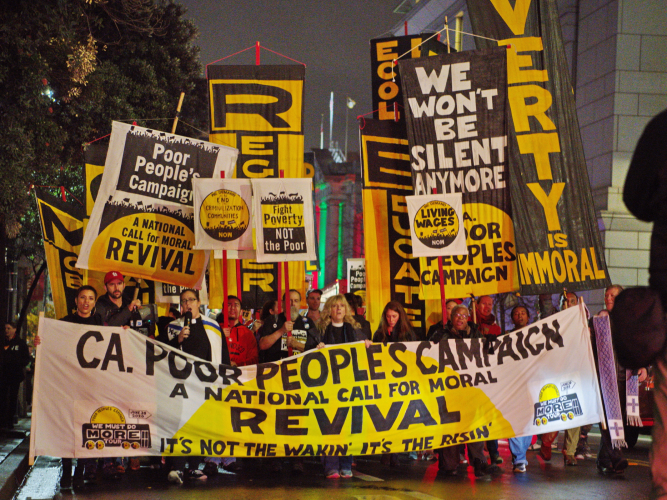 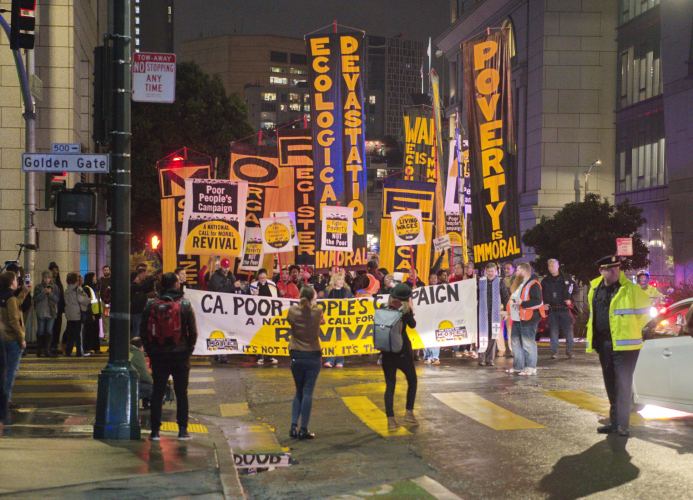 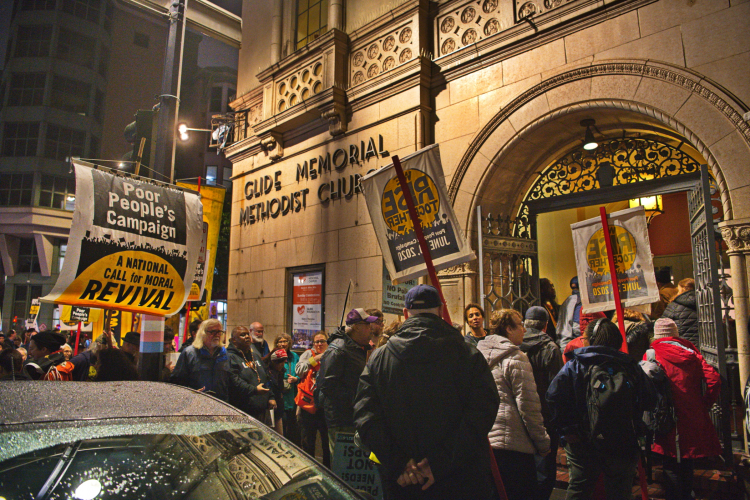 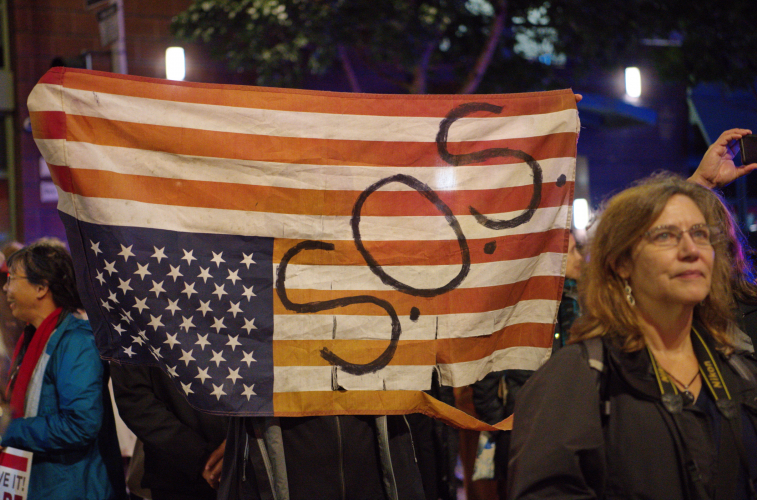 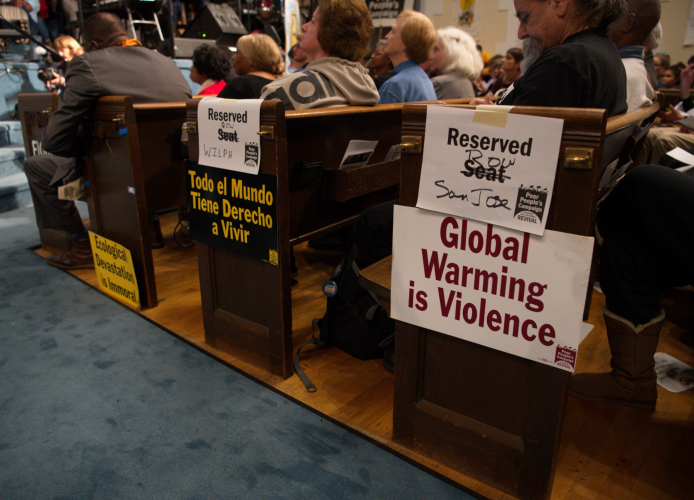 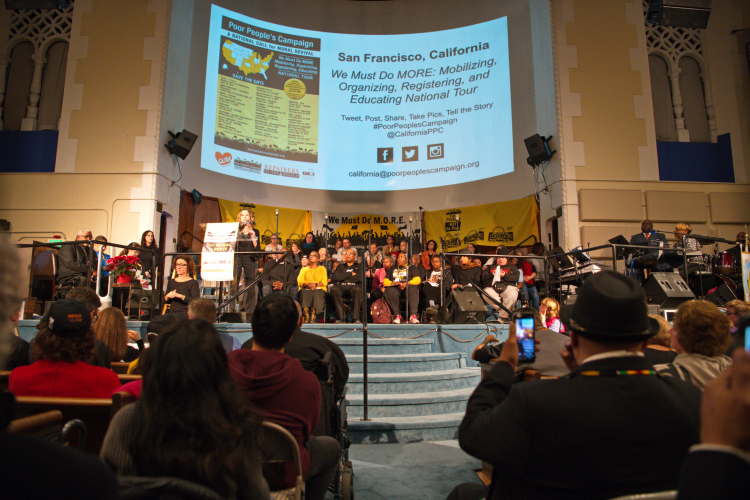 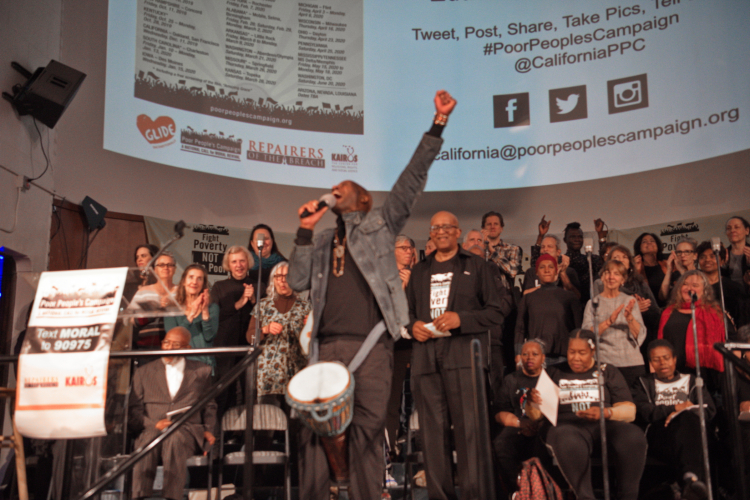 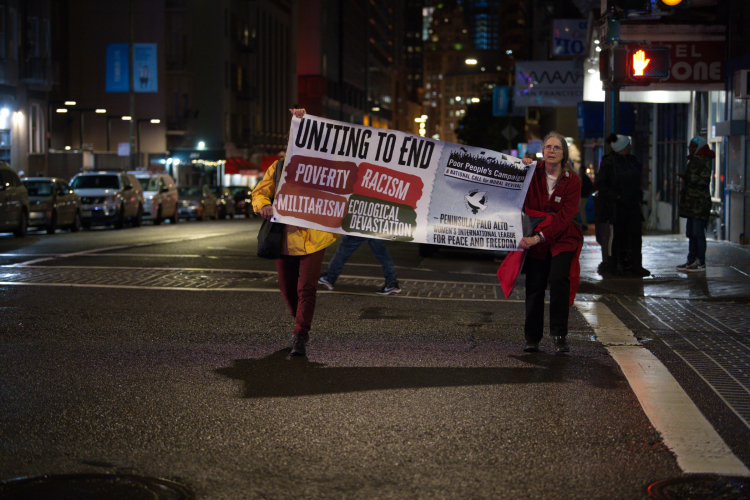 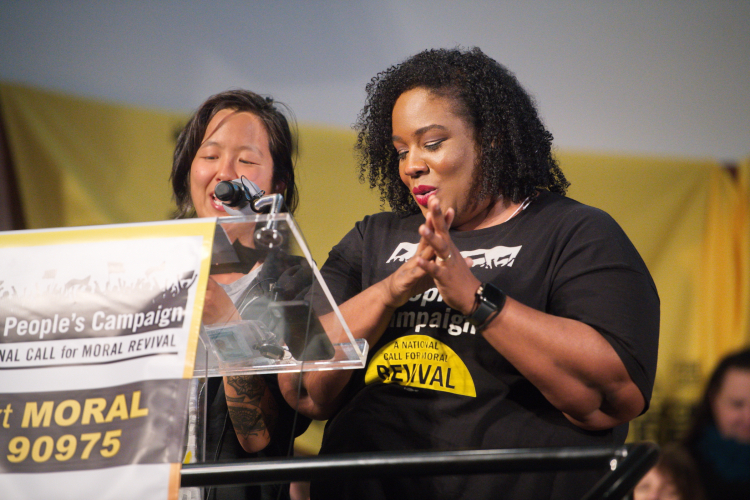 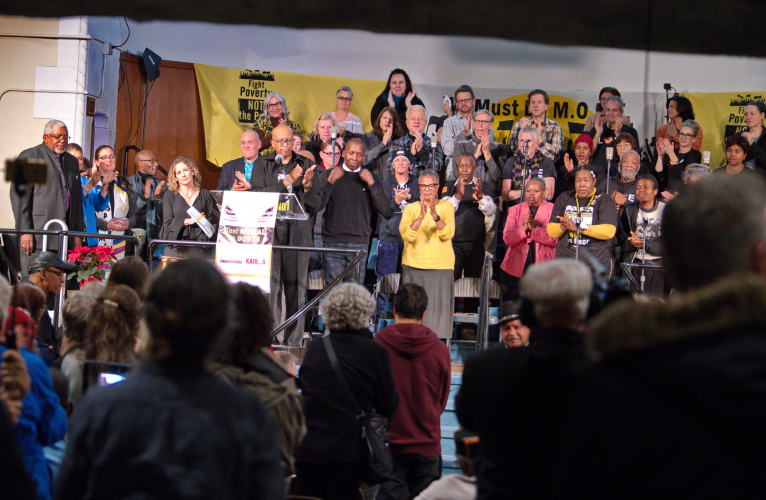 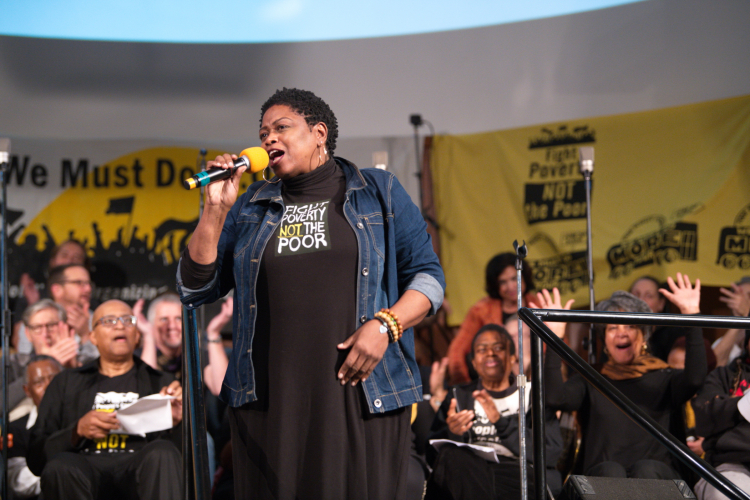 original image (1400x1676)
https://kunstena.smugmug.com/Politics/Demo...
Add Your Comments
Support Independent Media
We are 100% volunteer and depend on your participation to sustain our efforts!