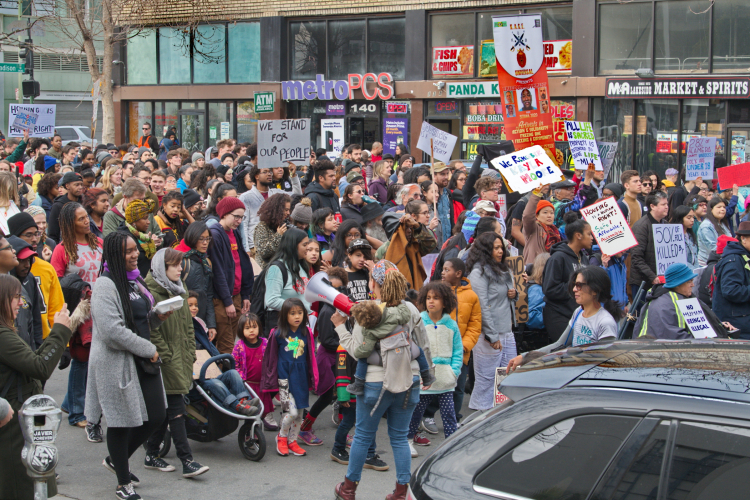 Jan. 20, 2020, Frank Ogawa Plaza, Oakland. Even before the scheduled rally, children from the "Radical Monarchs", a "collective for young girls of color to form fierce sisterhood, celebrate their identities and contribute radically to their communities," marched around a few blocks shouting slogans.

Tolani King of Moms4Housing spoke to the mainstream media.

The rally, officially the "6th Annual Rally & March to Reclaim MLK's Radical Legacy," got underway at about noon. From the back of a large truck, many speakers, including mothers whose children had been killed by police, addressed the crowd.

First children, then several disabled people led the march to Lake Merritt. There was much drumming and music and, attesting to MLK's radical legacy, many causes were represented.

Dr. King would have been proud. 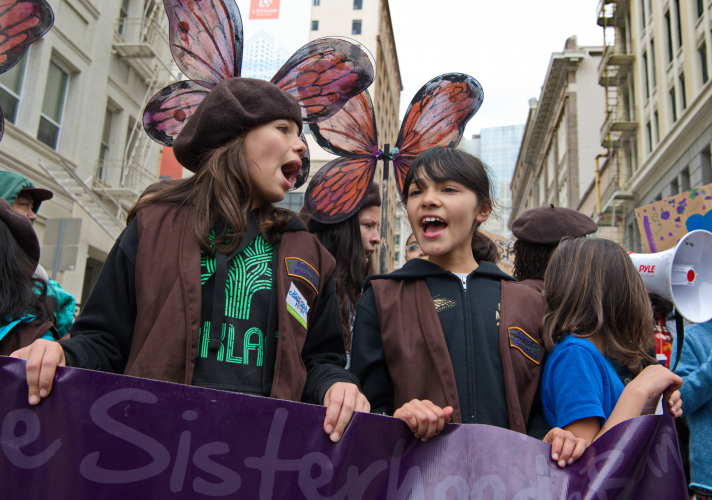 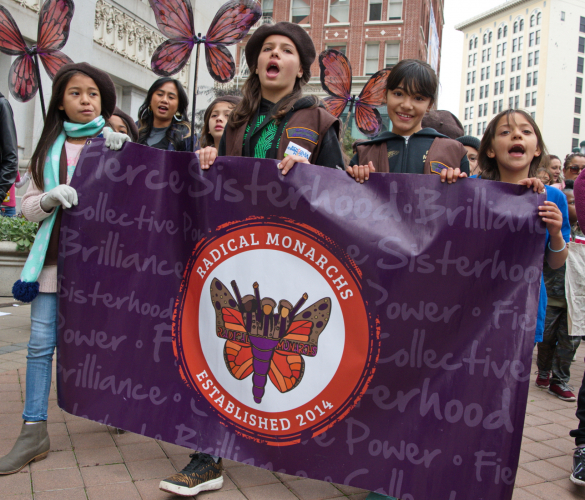 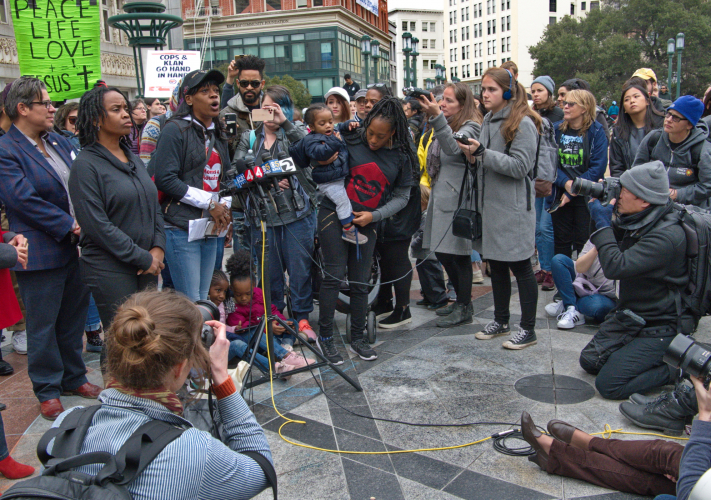 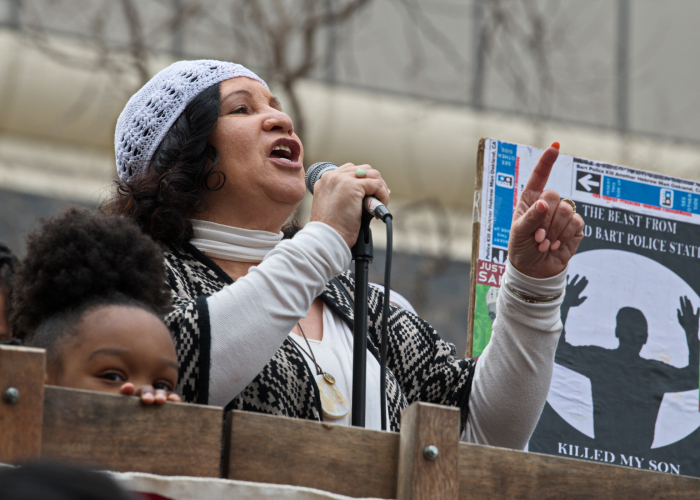 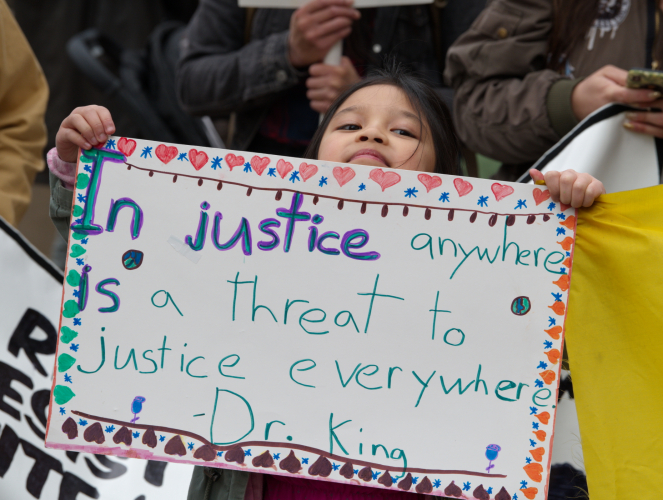 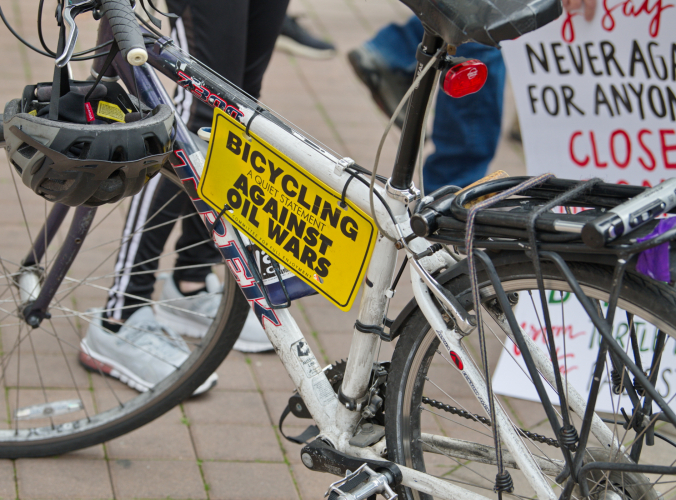 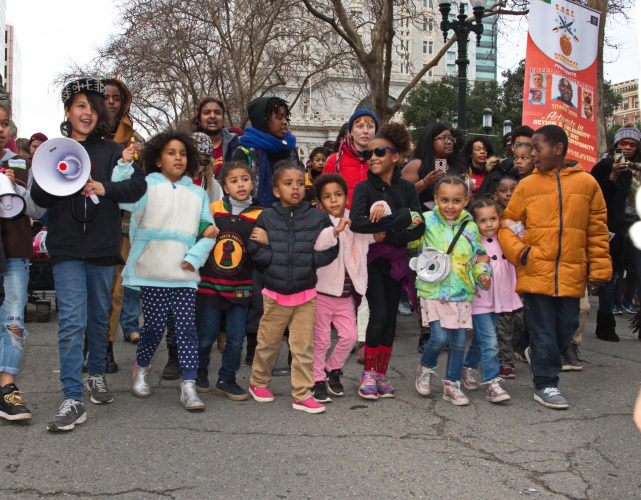 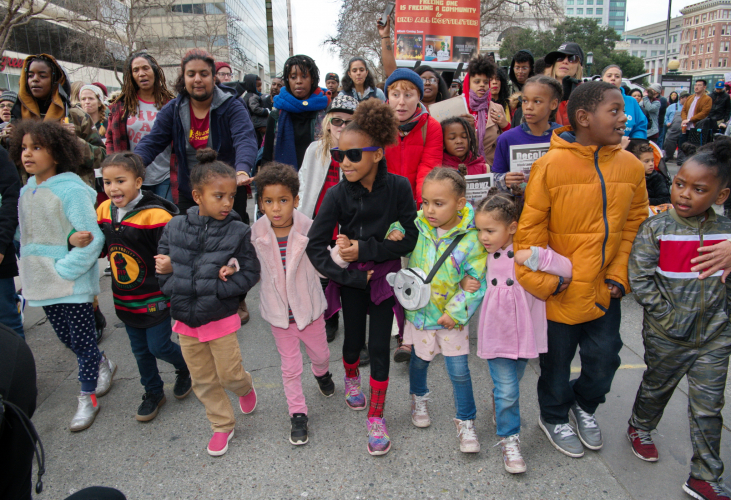 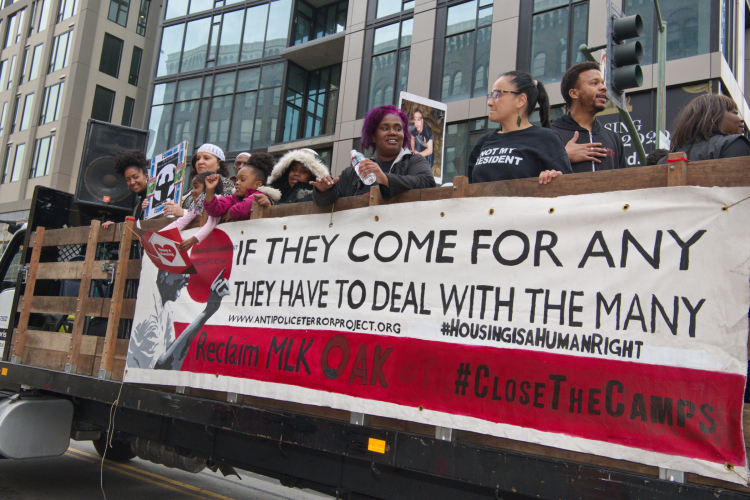 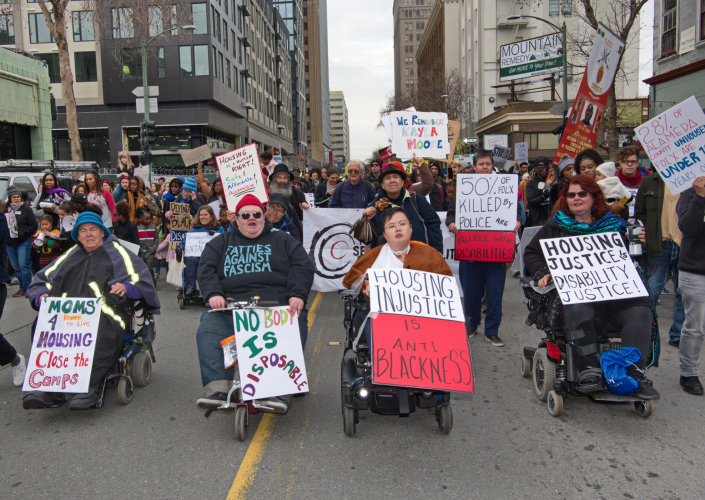 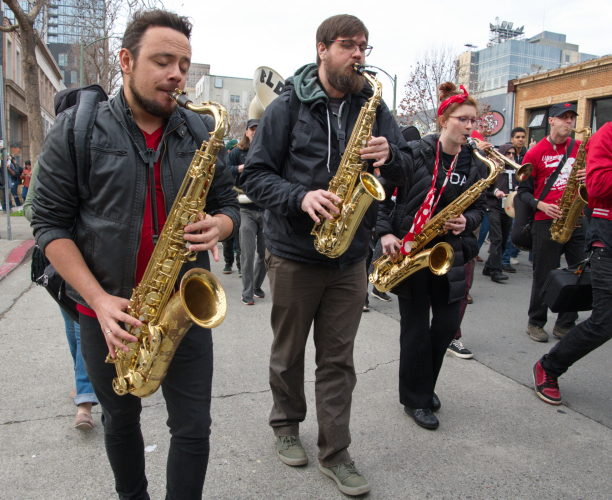 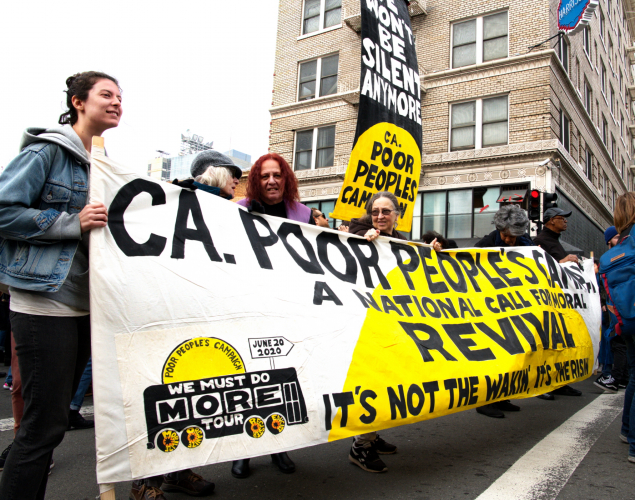 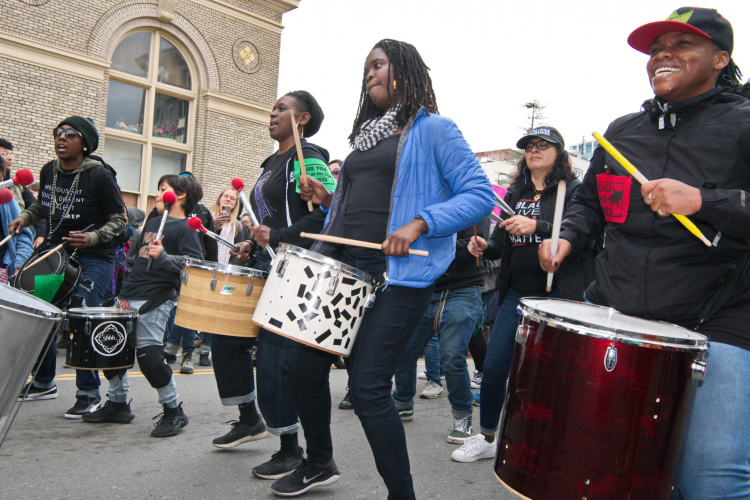 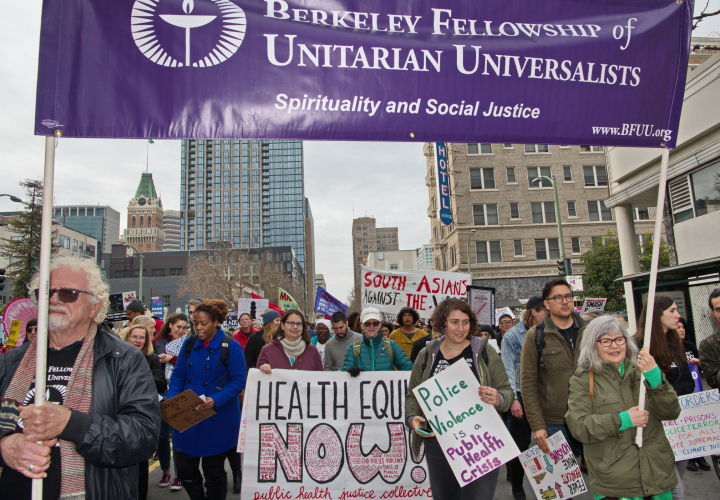 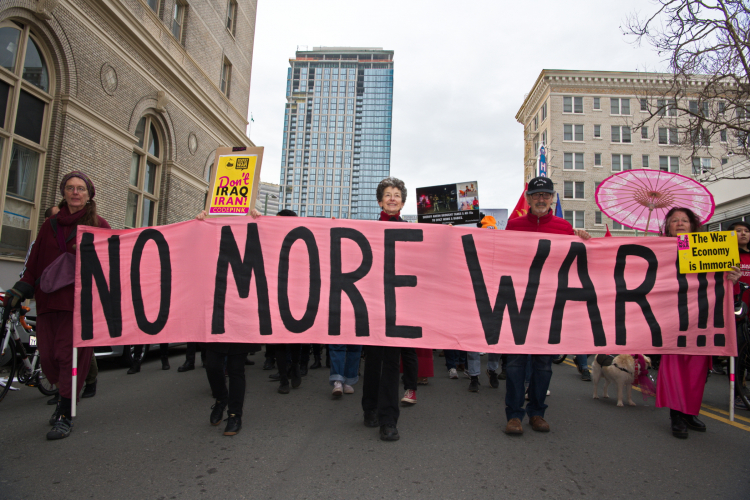 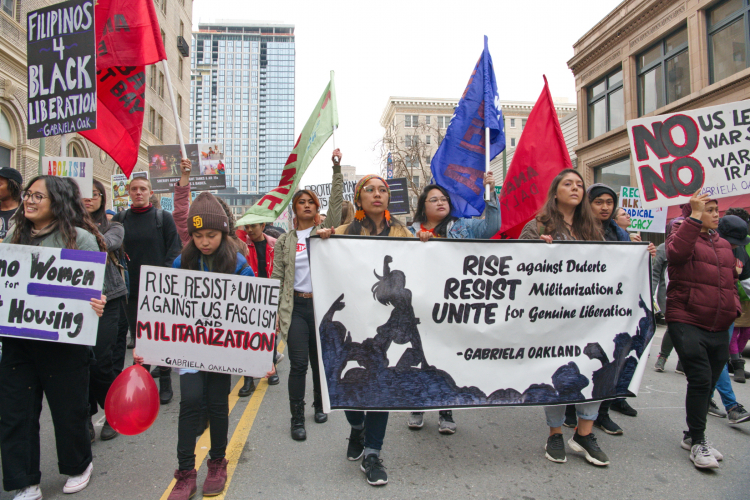 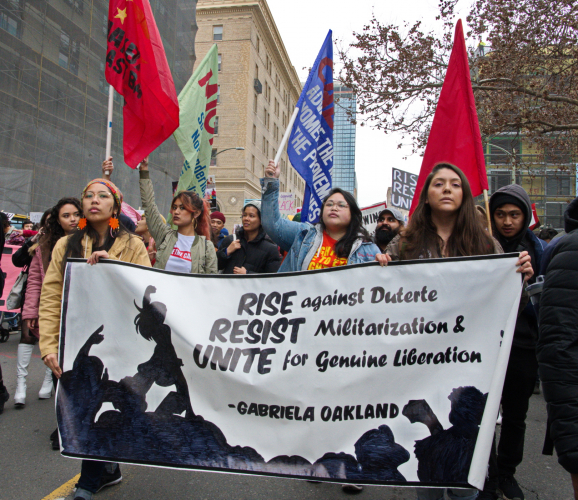 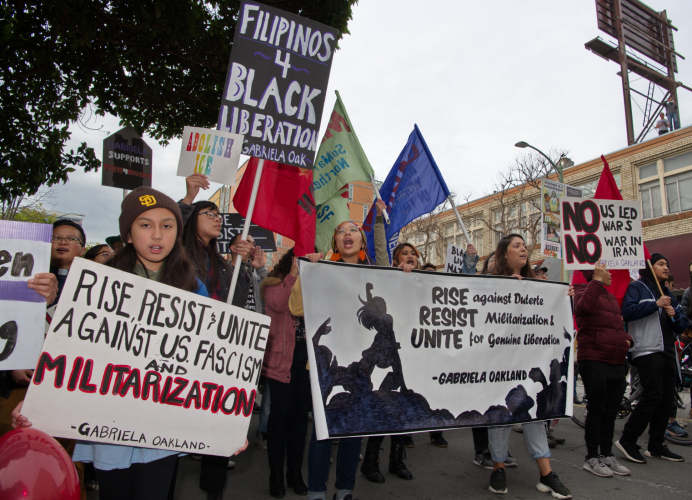 original image (2037x1400)
Add Your Comments
Support Independent Media
We are 100% volunteer and depend on your participation to sustain our efforts!