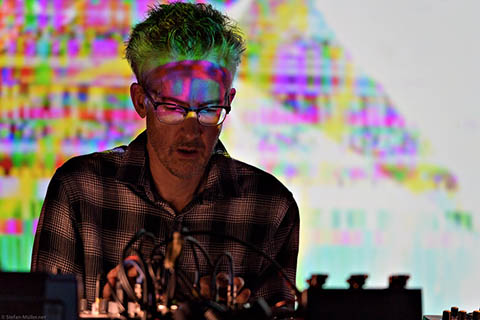 John Malkin speaks with Mark Hosler, founding member of Negativland, the art, music, film, activist, culture jamming collective established in the San Francisco Bay Area in the late 1970's. Mixing original materials and original music with things taken from corporately owned mass culture and the world around them, Negativland surreally re-arrange these found bits and pieces to make them say and suggest things that they never intended to. In doing this kind of cultural archaeology and culture jamming (a term they coined in 1984), Negativland have been sued twice for copyright infringement.

Since 1981, Negativland and an evolving cast of characters have operated “Over The Edge,” a weekly radio show on KPFA in Berkeley. “Over The Edge” continues to broadcast, and over 34 years of shows are available at The Internet Archive. In 2004 Negativland worked with Creative Commons to write the Creative Commons Sampling License, an alternative to existing copyrights that is now widely used by many artists, writers, musicians, film makers, and websites.

Listen to the Interview