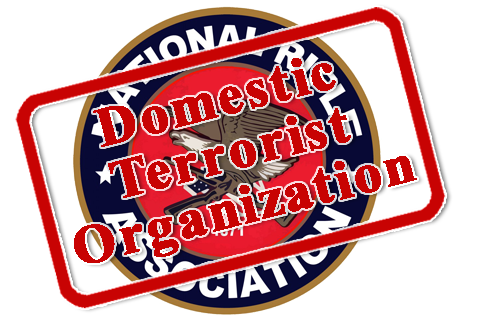 On September 3, the San Francisco Board of Supervisors passed a resolution designating the National Rifle Association of America (NRA), an organization that supports the Trump administration and Republicans with major political contributions, a domestic terrorist organization. The resolution stated that the U.S. is plagued by an epidemic of gun violence, and accused the NRA of using its wealth and organization strength to promote gun ownership and incite gun owners to acts of violence. The resolution called on other cities, states, and the federal government to follow suit. Supervisor Catherine Stefani said she drafted the resolution in response to the July 28 shooting at the Gilroy Garlic Festival, which killed 3 people and wounded 15 others.

The NRA filed a lawsuit on September 9 in U.S. District Court for the Northern District of California against the city and county of San Francisco and the San Francisco Board of Supervisors. The suit appears to quote from a September 7 article on Indybay by Lynda Carson. From page 13 of the NRA suit: "The NRA’s fringe detractors, meanwhile, are gleeful about the Resolution, predicting that both the NRA and its individual supporters will 'come under much closer scrutiny' by the San Francisco government in the Resolution’s wake. Citing the Resolution, one website proceeded to publish the names and home addresses of private persons who had donated to the NRA, branding them 'responsible for all the mass killings that are taking place' in the United States.”

Separately, Bay Area groups for stricter gun laws including Everytown for Gun Safety and the Mountain View chapter of Together We Will also held rallies in response to the week of mass shootings in Gilroy, California, El Paso, Texas, and Dayton, Ohio. Activists in Mountain View said that for years politicians, "especially those bought out by the NRA have refused to address the issue other than with their thoughts and prayers." They rallied at a major intersection to call on citizens to let lawmakers know that the majority of Americans support common sense gun laws such as universal background checks, an assault-style weapons ban, and a high-capacity magazine ban. They called out the President and other leaders for their role in emboldening white supremacists to carry out mass acts of gun violence.