Newswire
Calendar
Features
Home
Donate
From the Open-Publishing Calendar
From the Open-Publishing Newswire
Indybay Feature
Publish to Newswire
Add an Event
Related Categories: Peninsula | Health, Housing & Public Services
Protesters Call Out "Massacre Mitch" in Mountain View
by More Laws Needed
Sunday Sep 8th, 2019 5:32 PM
On Monday, August 19, 2019 at the intersection of El Camino Real and Castro Street in Mountain View, California, protesters waved signs including one demanding that Senate Majority Leader Mitch McConnell act to prevent shooting massacres. They said that although nearly 40,000 Americans die every year from gun violence, our politicians--especially those bought out by the NRA--have refused to address the issue other than with their thoughts and prayers.
Photos by Jack Owicki, Pro Bono Photo. Please credit the photographer. 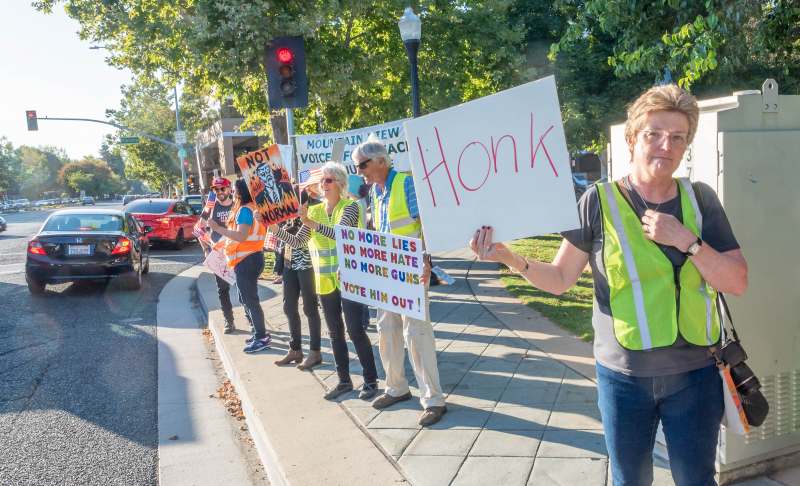 original image (2400x1460)
Across the country, thousands mourned the shooting victims of the community of Gilroy, as well as El Paso, Dayton, and those in the many other communities that have been struck by hate and violence.

In Mountain View, California, demonstrators stood together to send a message to lawmakers that the majority of Americans support common sense gun laws such as universal background checks, an assault-style weapons ban, and a high-capacity magazine ban. They denounced the hateful, racist rhetoric used by President Trump and other leaders, which they said has emboldened white supremacists to carry out mass acts of gun violence, such as the El Paso attack aimed at the Latino community.

There were many honks of approval from passing cars. After demonstrating at the busy intersection they held a "reading of the names" of some of the victims of gun violence. The event was sponsored by Together We Will--Palo Alto/Mtn. View.
§Massacre Mitch
by More Laws Needed Sunday Sep 8th, 2019 5:32 PM 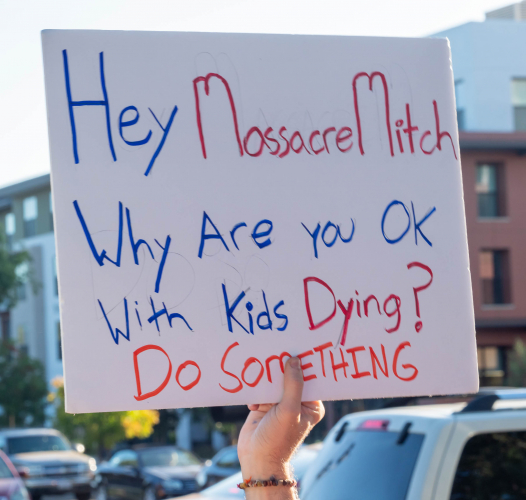 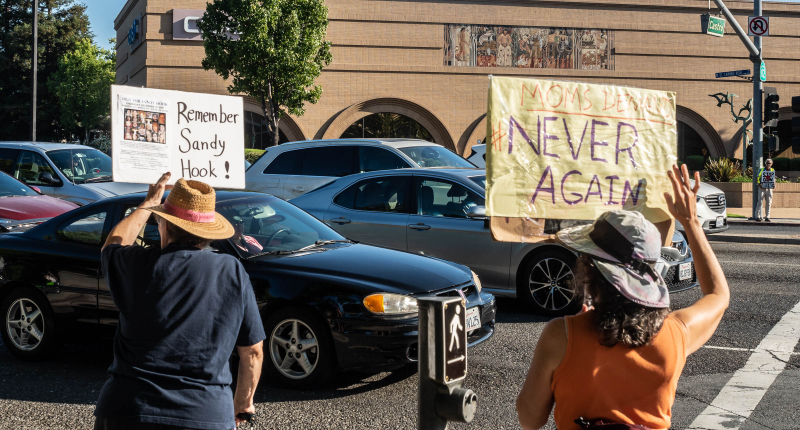 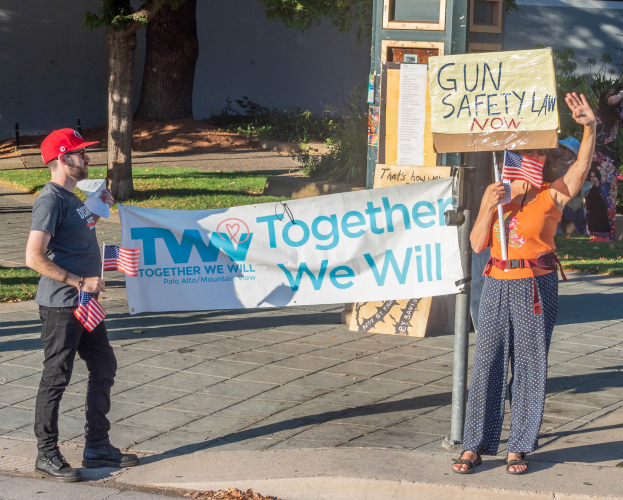 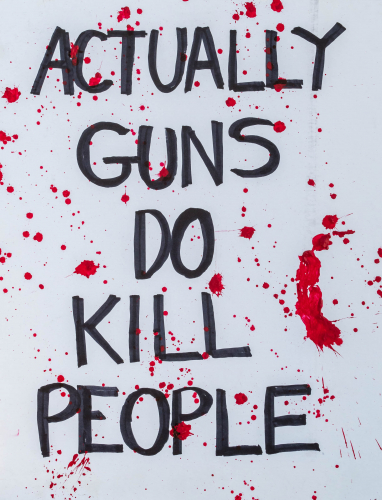 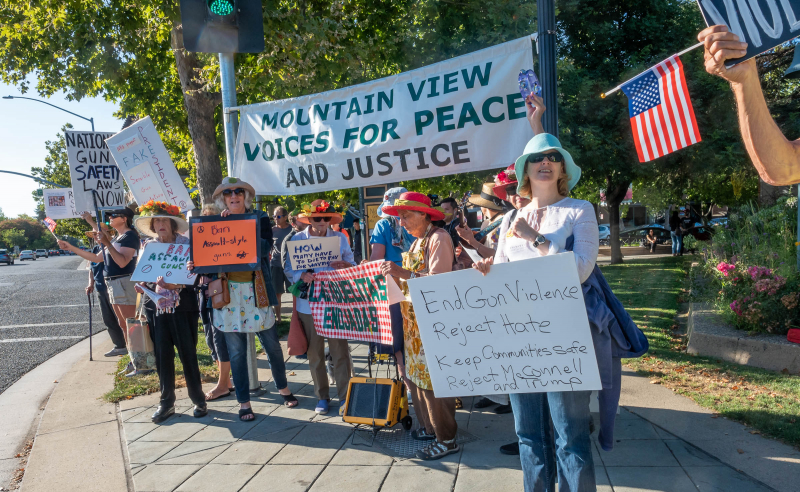