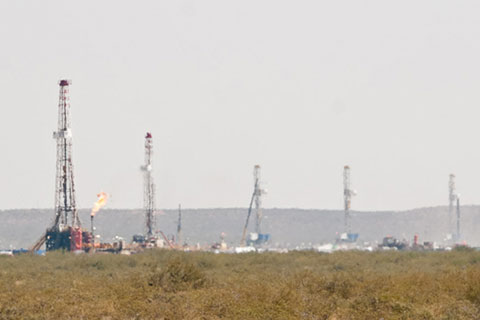 The Center for Biological Diversity is suing the Bureau of Land Management over its refusal to provide public records of its plans to clear the way for new oil drilling and fracking along California’s Central Coast and in the Bay Area. The BLM has yet to publicly release the final resource-management plans, but the federal lands and mineral estate earmarked for leasing are in the counties of Alameda, Contra Costa, Fresno, Merced, Monterey, San Benito, San Joaquin, San Mateo, Santa Clara, Santa Cruz and Stanislaus.

Oil development in Monterey, San Benito and Fresno counties would likely involve fracking and other extreme extraction techniques. Fracking is an extraction process that blasts toxic chemicals mixed with water underground to crack rocks. A 2015 report from the California Council on Science and Technology concluded that fracking in California happens at unusually shallow depths, dangerously close to underground drinking water supplies, with unusually high chemical concentrations. Both Monterey County and San Benito County voters have passed ballot measures banning fracking. Alameda County has passed an ordinance banning fracking, and Santa Cruz County has passed an ordinance banning fracking and all other oil and gas development.

The Trump administration’s California oil and gas leasing plans would end a six-year moratorium on leasing federal public land and mineral estate in the state to oil companies. The BLM has not held a single lease sale in California since 2012. In 2013 a federal judge ruled that the agency violated the law when it issued oil leases in Monterey County without considering the environmental risks of fracking.