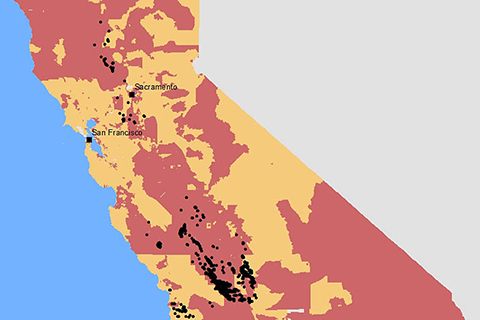 Thousands of New Oil Wells Placed Next to Homes and Schools
Most Oil Wells Approved Under Jerry Brown in Low Income Areas, Communities of Color

Despite California’s image as a “green” and “progressive” leader, there has been a massive expansion of oil and gas drilling in the state under Governor Jerry Brown. The state’s Division of Oil, Gas and Geothermal Resources approved 21,397 new wells between Jan. 1, 2011 and April 14, 2018, according to a new analysis from the Center for Biological Diversity (CBD). The total number of wells includes the hundreds of offshore wells approved under the Brown administration.

On August 7, 35 California youth held a sit-in at Governor Jerry Brown’s office at the state capitol in Sacramento, demanding that he freeze new fossil fuel drilling and develop a plan to phase out oil and gas extraction. Six of them were arrested that night.