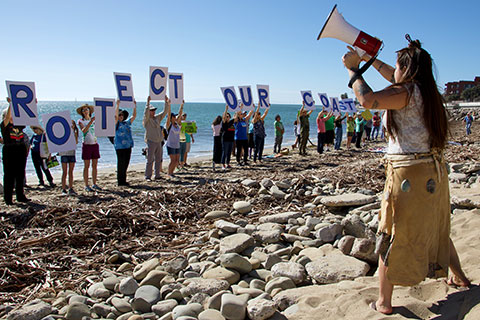 The Trump administration’s draft 2019-2024 offshore leasing plan, released January 4, would allow drilling in federal waters in all U.S. oceans, despite opposition from the governors of almost every coastal state. The Bureau of Ocean Energy Management is holding one hearing in each of the 22 affected states. The February 8 hearing in Sacramento will be preceded by a large rally on the North Steps of the Capitol starting at 1:30 p.m.