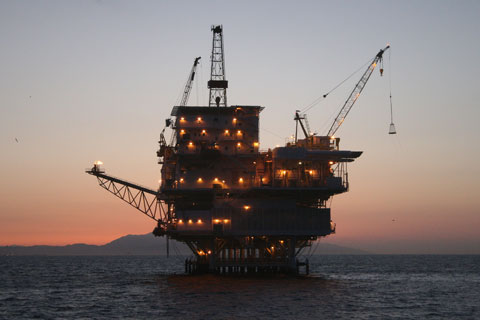 On January 4, the Trump administration released a draft five-year plan that would open federal waters in the Pacific Ocean to new oil leasing for the first time in more than thirty years. The plan proposes new offshore drilling in almost all federal waters, including the currently protected Arctic and Atlantic oceans and eastern Gulf of Mexico. Resistance to Trump's plan spread throughout California quickly. Supervisors in San Franciscio and Marin County passed resolutions opposing offshore oil drilling. North coast environmental groups vowed to do everything in their power to fight it. In Santa Cruz and Laguna Beach, environmental groups have planned protest rallies on February 3.

The San Francisco Board of Supervisors unanimously approved their resolution opposing new drilling off the California coast and fracking in existing offshore oil and gas wells on January 9, and on January 30 the Marin County Board of Supervisors did the same. The vote makes Marin County the 26th California jurisdiction to approve similar resolutions since April 2017, when President Trump announced plans to drastically expand offshore drilling. The resolutions were supported by the Center for Biological Diversity, which has been organizing a series of California city resolutions opposing offshore drilling and fracking, starting with the Santa Barbara City Council’s vote on July 25.

“Californians must unite in opposition to Trump’s reckless assault on our coastal waters. San Francisco and other California cities play an important role in protecting the Pacific from oil industry pollution,” said Blake Kopcho, an organizer with the Center. “This is moment to pull together and reject the proposal to endanger wildlife and our communities with oil spills and toxic fracking chemicals.”