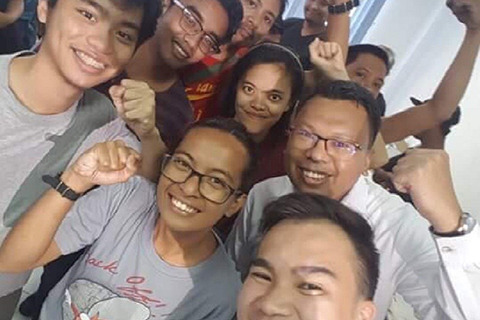 On July 30, around 50 security guards of NutriAsia and 20 members of the Philippine National Police in Marilao and Meycauayan violently dispersed the workers while an ecumenical mass was being held at the picketline near the factory gates. Nineteen were arrested. Arrestees were released two days later, but still face charges and the strike continues.

Three AlterMidya correspondents, Hiyasmin Saturay, Eric Tandoc, Avon Ang, and one student intern from the University of the Philippines College of Mass Communication, were among those arrested. Tandoc is a L.A. based-documentary filmmaker and communications coordinator of the Filipino Migrant Center in California. He received a B.A. in Asian American Studies at UCLA and finished his M.A. in Social Documentation at UC Santa Cruz.