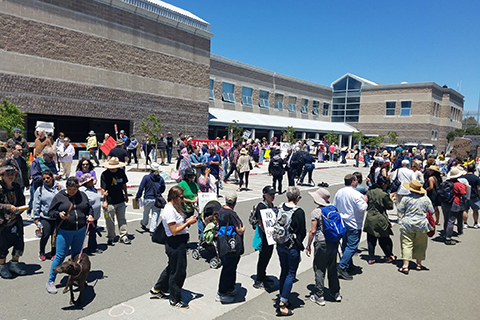 Protesters demonstrated repeatedly in recent months at the West County Detention Facility in Richmond, demanding an end to the detention of immigrants at the jail. Thousands demonstrated in front of the jail on June 30. Immigrant advocacy groups joined those actions and worked behind the scenes to pressure the Countra Costa Sheriff's Office to not renew their long-term contract with ICE worth $6 million per year.

In a relatively quick victory after protests at the jail recently ramped up, Contra Costa Sheriff David Livingston announced on July 10 that his department will cancel its contract with ICE at the end of a 120-day waiting period. Sheriff Livingston said that protests and public pressure played a role in the decision to cancel the contract.